RSS Meet Raises Concerns over Hindus Being Left out of NRC: Sources 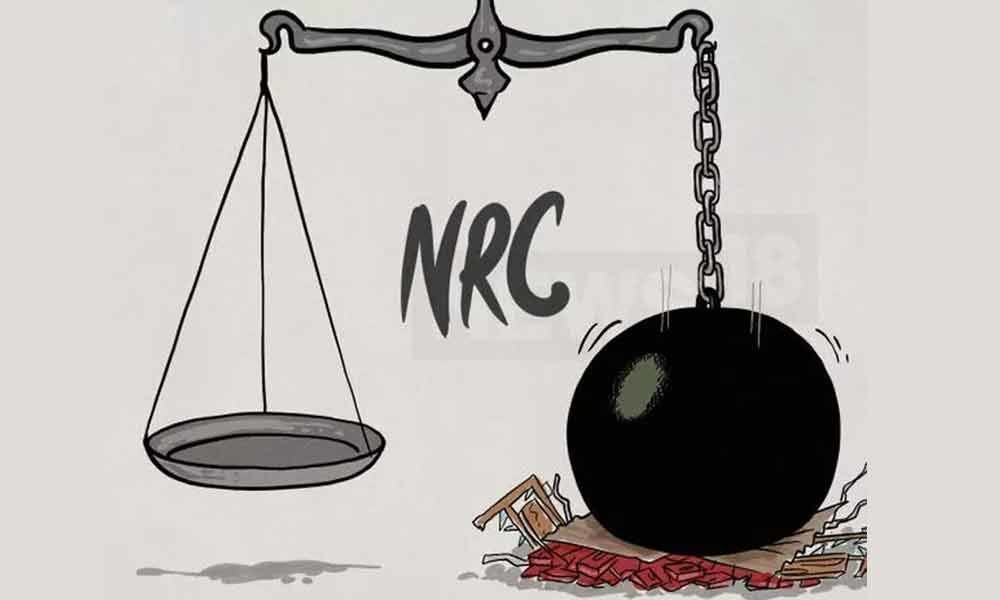 Concerns were raised at the RSS' meeting with its affiliates on Saturday over several genuine citizens being left out of the final list of the NRC in Assam, majority of whom they claimed are Hindus, sources said.

Pushkar: Concerns were raised at the RSS' meeting with its affiliates on Saturday over several genuine citizens being left out of the final list of the NRC in Assam, majority of whom they claimed are Hindus, sources said.

A detailed briefing was held by RSS affiliate 'Seema Jagran Manch' on the final list of the National Register of Citizen's in Assam, published on August 31, that left out over 1.9 million people, the sources said.

Sources said during the briefing on the NRC concerns were raised on several genuine citizens being left out, especially those who settled in Assam from neighbouring states, the sources said. Leaders also expressed concerns claiming that majority of the 1.9 million people excluded are Hindus, they said.

The BJP has criticised the updated NRC list and has said the government will bring in a legislation to safeguard the Indian citizens if the Foreigners Tribunals deliver adverse judgements against the appeals.

At the meeting, a presentation was also made on the revoking of Jammu and Kashmir's special status and situation in the Valley thereafter.

The Narendra Modi government's decision of abrogating provisions of Article 370 was "overwhelmingly applauded" by Sangh members in the meeting, who termed it as a decision in line with the organisation's ideology, the sources said.

RSS-backed 'Purav Sainik Seva Parishad', an organisation of former defence and paramilitary personnel, also shared its views and suggestion on the situation in Kashmir and overall security situation in the country, they said.

The three-day-long meeting that will have 14 sessions, began on Saturday with an address by RSS general secretary Suresh Bhaiyyaji Joshi. Sangh chief Mohan Bhagwat will address the gathering on its concluding day on September 9.

A wide variety of issues are being discussed at the meeting, ranging from environment to economy, the sources said. The 'Swadeshi Jagran Manch' and the 'Bhartiya Mazdoor Sangh' will brief delegates on the economic slowdown in the country, they said.

With the apex court hearing the Ayodhya land dispute case on a daily basis, the Vishwa Hindu Parishad will share at the meeting details of the ongoing judicial proceedings in the matter, the sources said.

A detailed analysis of the BJP's performance in the Lok Sabha elections and its recently-concluded membership drive will also be done at the meeting.

RSS publicity co-in-charge Nariender Kumar said it is a coordination meeting of Sangh and its affiliates, no decision or resolution is passed in this annual gathering.