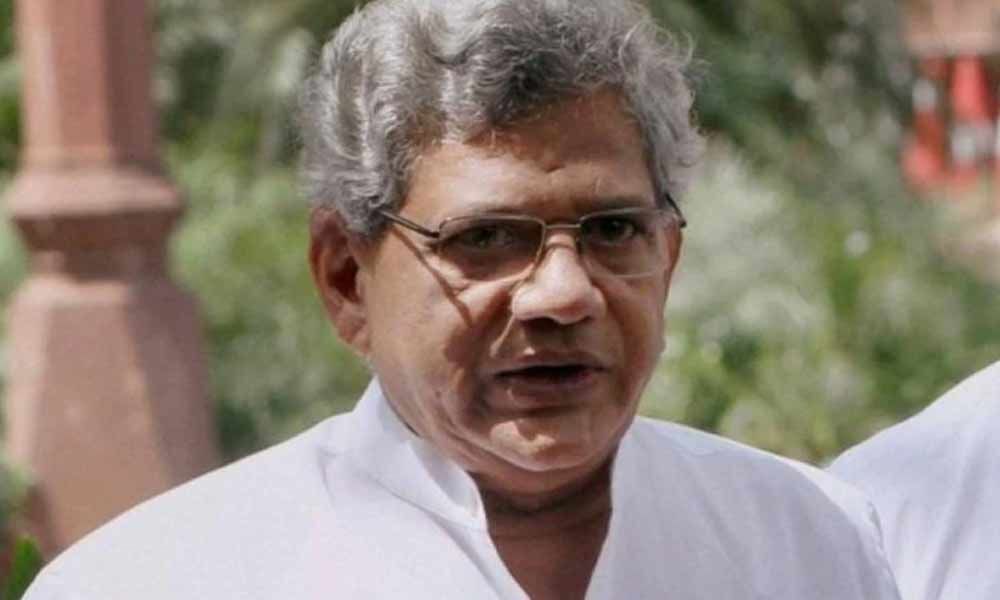 Amid tight security, CPM leader Sitaram Yechury on Thursday met ailing party MLA Yusuf Tarigami at his residence in Srinagar where he is under house arrest.

Srinagar: Amid tight security, CPM leader Sitaram Yechury on Thursday met ailing party MLA Yusuf Tarigami at his residence in Srinagar where he is under house arrest.

Yechury is the first opposition leader allowed to visit Kashmir after the government revoked Article 370 on August 5.

Yechury drove from the airport here in a security convoy of 10 cars and reached Tarigami's Gupkar Road residence at noon. The media was barred from going close to Tarigami's residence. The stretch of road leading to Tarigami's house was kept out of bounds. Concertina wire was used to restrict the movement of traffic. Yechury spent a few hours at Tarigami's home.

This is Yechury's second attempt to visit Kashmir for meeting Tarigami since the scrapping of article 370. On an earlier occasion he was sent back to Delhi from Srinagar Airport. The meeting was possible after the intervention of the Supreme Court which gave Yechury permission to meet Tarigami. Sources say Yechury will not be allowed to indulge in any political activity during his Kashmir visit.

Earlier senior opposition leaders from Delhi including former Congress chief Rahul Gandhi were stopped at Srinagar Airport and sent back to Delhi since the abrogation of Article 370.