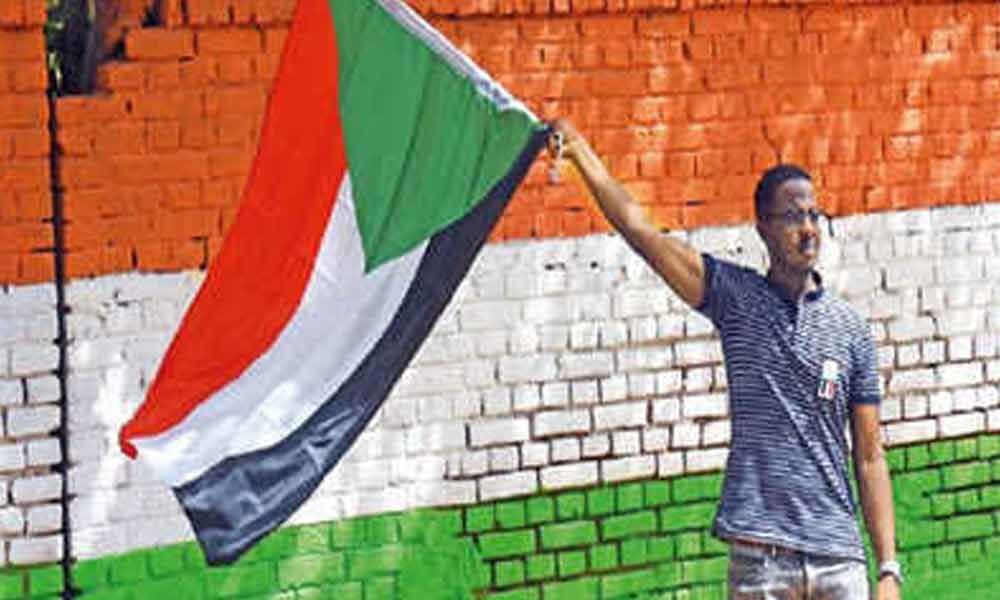 Gandhiji had stopped in Port Sudan en route to England in 1935.

The people of Sudan observe the deferment of the east African country's constitution in 1985 after a rebellion led by general Swarreddahab on April 6 every year. Nevertheless, at Jantar Mantar, on Saturday, Sudanese students assembled not to reminisce that occasion but to protest the regulation of President Omar al-Bashir, who himself came to authority after a similar rebellion four years after Swarreddahab.

A witness said that thousands of protesters fought with security forces in a massive demonstration against president Omar al-Bashir's 30-year rule. Security forces fired tear gas at stone-throwing demonstrators assembled in one of the largest protests against Bashir in months of unrest on Saturday.

Fluttering the red, white, black and green flag of Sudan, Ibrahim Shingrai conveyed solidarity with campaigners in Khartoum, who have been on the streets since December 19 last year, raising a voice against the economic crisis and demanding an end to the 30-year rule of al-Bashir.

"We are sending messages to the Indian government and the UN requesting them to not only express concern, but to take action immediately and advise al-Bashir to resign peacefully without killing more people," said Ibrahim, after submitting a memorandum addressed to Prime Minister Narendra Modi about the worrisome situation in Sudan.

As the al-Bashir government had to step down, Yahia was emphatic. "We want a fresh revolution by the youths. We are a small group, but other Sudanese across India also support us," he said. After a protest on February 1, this is the students' second one at Jantar Mantar.

The students are all concerned about the happenings back in their country. Shingrai, Abdullah Yahia, Awad, Fahat and Arif, all students, are anxious and nervous for the well-being of their families. "My family's only inspiration is Mahatma Gandhi, whose story our father told us," said Arif.