Tired of listening to PM beat his own trumpet on Pakistan: Chidambaram 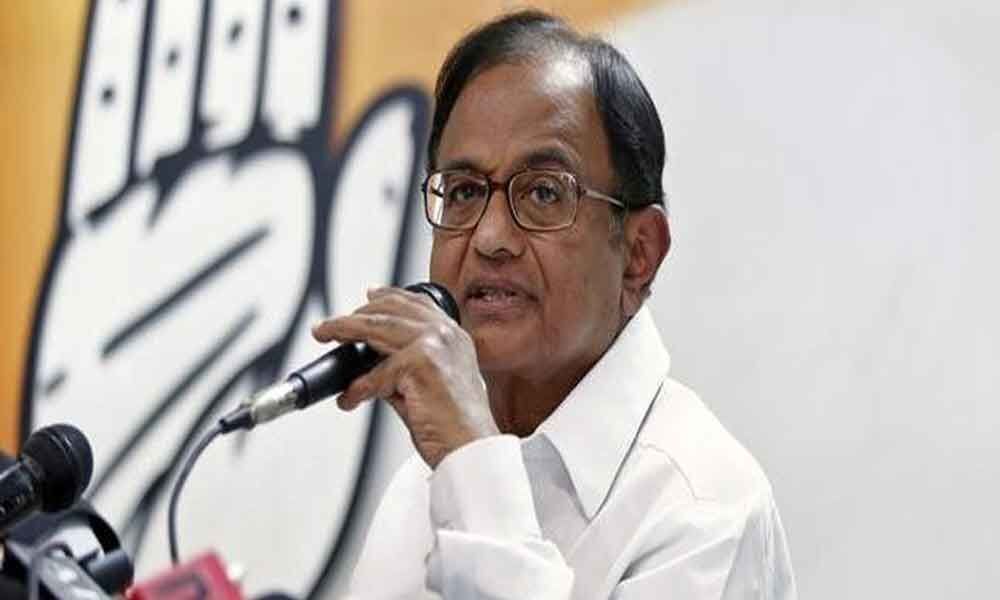 Chidambaram said people also want to hear him (Modi) speak about issues such as demonetisation and hate speeches.

New Delhi: Senior Congress leader P Chidambaram on Wednesday said he was tired of listening to Prime Minister Narendra Modi "beat his own trumpet" on "what he did" to Pakistan and asserted that people also want to hear him speak about issues such as demonetisation and hate speeches.

He also wondered whether the Prime Minister will speak on top issues concerning the people before campaign ends.

"Tired of listening to the PM beat his own trumpet on what he did to Pakistan. Before the campaign ends, will the PM speak on the top issues concerning the people?" Chidambaram asked.

"People also want to hear the Prime Minister speak on hate speeches, especially by leaders of his own party," he said in a series if tweets.

"People want to hear the Prime Minister speak on demonetisation, messed up GST and plight of MSMEs," the former finance minister said.

In another tweet, he also hailed actor Shahrukh Khan for saying "being diverse is a good thing, being divisive is not". "I hope PM will say 'Fantastic effort, @iamsrk '," Chidambaram tweeted.