Tussle between RJD and Congress over seat-sharing in Bihar 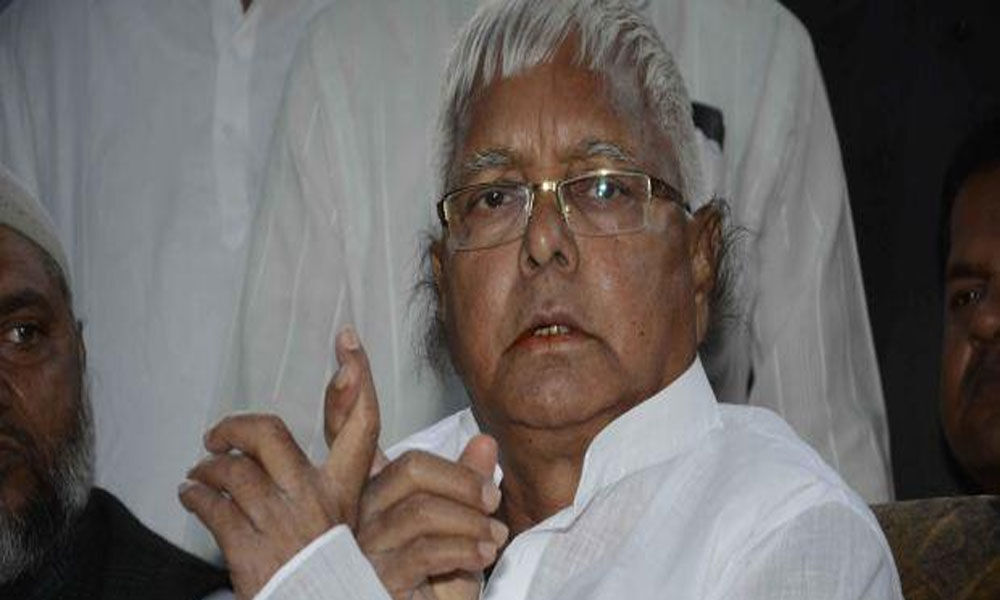 According to sources, Lalu Prasad, the RJD president is not in favour of giving more than 11-12 seats to Congress, but whereas, it has been demanding minimum of 15 out of the 40 Lok Sabha seats in Bihar.

PATNA: On Tuesday, RJD and Congress after their crucial Grand Alliance meeting on seat-sharing in Delhi, had indulged in a fierce bone-cracking exercise.

According to sources, Lalu Prasad, the RJD president is not in favour of giving more than 11-12 seats to Congress, but whereas, it has been demanding minimum of 15 out of the 40 Lok Sabha seats in Bihar.

It all began when Congress legislature party leader Sadanand Singh told the reporters, "Rahul Gandhi had already said in Patna rally on February 3 that Congress will fight from the front. I hope issues will be sorted out soon, but if situation arises, our party will fight it alone, like in Uttar Pradesh. Congress is fighting BJP in the country as the main opposition party and our party is rising as a powerful force. Our condition has drastically improved lately as has been witnessed in three states where Congress formed government recently. The huge turnout of people in Rahul's rally also reflected the fact that common people were now choosing Congress."

RJD national vice-president Shivanand Tiwari quickly reacted to the comments of Sadanand and said, "I don't understand the need to make such a statement when the seat-sharing talks are in the final stages. Nonetheless, I am bit perturbed by the way Congress is negotiating with anti-BJP parties in the country. First, they were left out of the SP-BSP alliance in UP and then could not ally with AAP in Delhi as well."

Tiwari, in fact, praised BJP for accommodating regional allies. "BJP sacrificed five sitting seats in Bihar for its allies. Similarly, it successfully sealed an alliance with Shiv Sena in Maharashtra, even though the latter had kept abusing the BJP over the last five years," Tiwari said.

CPI(ML) has already rejected the RJD offer of only one seat. "We had held talks with RJD senior Jagdanand Singh a couple of days back and he told us that we are being given only one seat. We outrightly rejected the offer and asked him to tell Lalu ji to review it. Even though we had contested 23 seats in 2014, we are asking for only six seats this time," said Kunal, CPI(ML) state secretary in Bihar.

On February 6, in Patna the general secretary of CPI(ML), Dipankar Bhattacharya had said that, the Left parties might contest separately if they are not given respectable number of seats.