Unlike BJP, we don't cater to the richest of the rich: Sachin Pilot 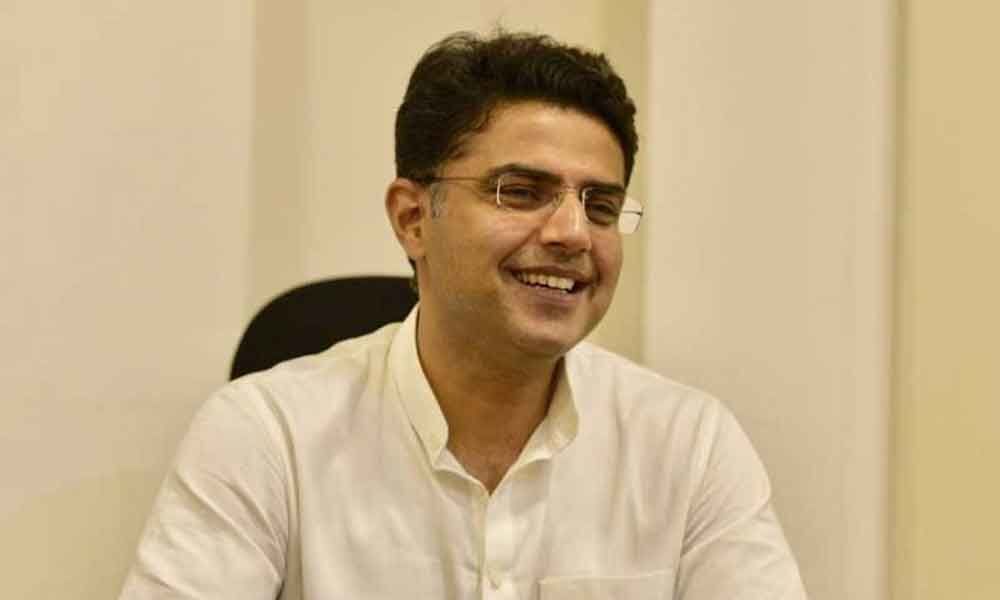 BJP said it would give Rs 6,000 a year to farmers. With that amount, one cannot buy even diesel for tractor. NYAY will give Rs 6,000 per month.

Deputy Chief Minister and state Congress president Sachin Pilot, with 13 of 25 Lok Sabha seats in Rajasthan polling that this election is about growing, developing and resolving the agricultural emergency.

Inan interview when he was asked as to how he has been addressing at least 3 rallies a day, more over the feedback he gets, he replied, "Congress has started its campaign in the state even before candidates were named. Ashok Gehlot, the head of the state government, and I, the head of the party unit, have been campaigning since early March. We have a clear edge in Rajasthan where BJP is pretty much leaderless."

When asked to comment on BJP's Prakash Javadekar's remark stating Congress has supported 'anti-nationals', he commented, "I don't think Prakash Javadekar understands Congress. We lost two Prime Ministers and several senior leaders to terrorism. Why has the situation in Kashmir worsened? It is because BJP first tied up with PDP and then snapped ties when it was not politically beneficial for the party. "

He was asked to state his observations on BJP's statement about Congress cheating on farmers by setting a limit on loan waivers, to which he replied, "Vasundhara Raje had waived up to Rs 50,000 of cooperative bank loans. However, we have written off all loans of cooperative and Bhumi Vikas banks. We are negotiating with other banks as well. We have already declared farm loan waivers worth Rs 18,000 crore. Under pressure, BJP said it would give Rs 6,000 a year to farmers. With that amount, one cannot buy even diesel for tractor. NYAY will give Rs 6,000 per month."

He was informed that NYAY is also being criticized by BJP, to which he countered, "When BJP can write off Rs 2-3 lakh crore worth of NPAs and bank loans of a few industrialists, why can't Congress give money to the poorest of poor? What's the reason for waiving NPAs of a handful of industrial houses? We have decided to give money to the poor because they have (to) feed their family and send their kids to school. We want to ensure basic needs of the poor. Unlike BJP, we don't cater to the richest of the rich. It will help rural economy, which is in a mess after demonetization."