UPA made corruption cause by holding unprecedented protest: Jaitley on Karnataka raids 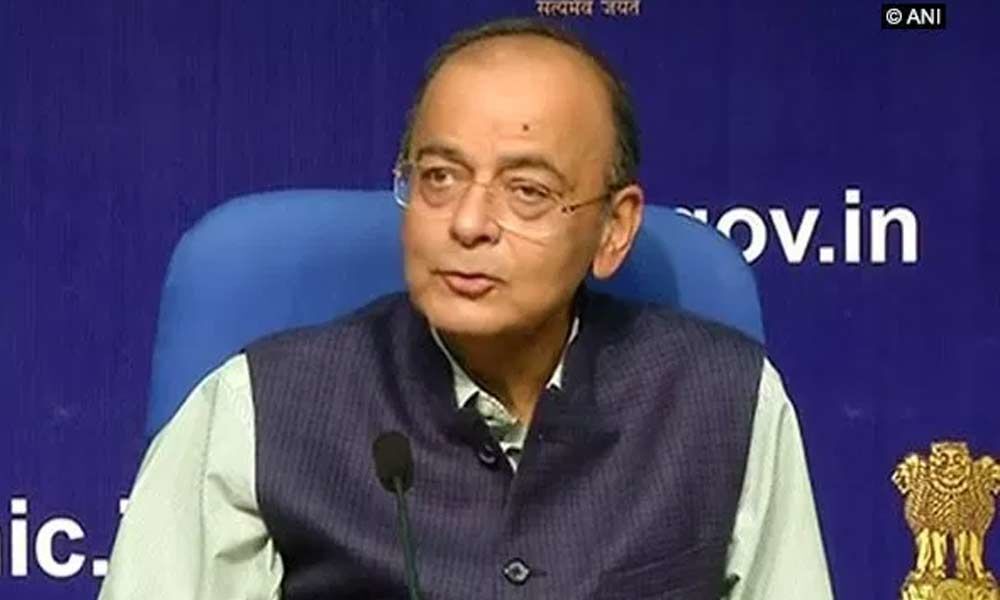 New Delhi: Finance Minister Arun Jaitley on Saturday said the Congress-led UPA made 'corruption a cause' by staging an 'unprecedented' protest in Benga...

New Delhi: Finance Minister Arun Jaitley on Saturday said the Congress-led UPA made "corruption a cause" by staging an "unprecedented" protest in Bengaluru along with the Janata Dal (Secular).

"The UPA made corruption a cause by holding an unprecedented protest with JDS in Bengaluru on 28th March, 2019 outside the Income Tax Office. No Politician, Minister or MP was searched, no political motivation. Then why the clamour, surely corruption is their cause."

"The disproportionality of the reaction of the Congress and the JDS raises a needle of suspicion. Was the Minister's Nephew a PWD Contractor to whom largesses have been given – a case of nepotism? The CM & the Ministers who joined the protest need to answer these questions."

Jaitley, in his blog post, claimed there was a link between Public Works Department (PWD) officials, contractors, engineers and protesting politicians in the state.

"Did they have a vicarious pecuniary interest in the substance? Is it a case where the PWD Department pays the Contractors, the Engineers being the collecting agents and the principals of the agents turn protestors?" he asked.

In the wake of raids, the Union Minister explained that the state should abide by Constitutional Federalism.

"Constitutional federalism entails India as a 'Union of States', the Rights of the Union are equally important. If the States stand in way of Union's functions it is guilty of breaching federal norms. Is the States' attitude a threat to federalism?" he wrote.

Jaitley also claimed the protest was a "means to gain sympathy over Federalism."

"The Bengaluru case is a textbook method of the UPA on 2 fronts: use Government money, round trip it through Contractors & beneficiaries to enrich themselves & then lip sympathy for federalism destroying it whenever the opportunity arises. This is a very transparent self-goal," he wrote.

Kumaraswamy had accused the Income Tax department of working on the directions of Prime Minister Narendra Modi and BJP president Amit Shah. He had also alleged that the BJP government was behaving like a "dictator."

"We request you to direct the Income Tax department to desist from conducting raids in the interest of free and fair elections," Rao urged President Kovind.