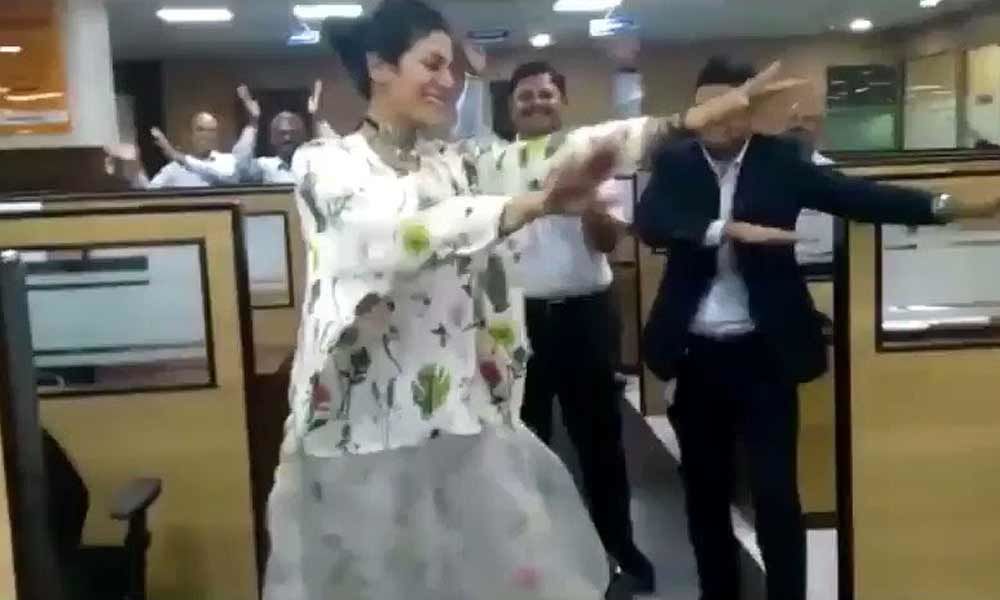 CEO and Joint Managing Director of Welspun India are seen dancing on the remixed version of the song Muqabla from the movie ' Street Dancer 3D.

CEO and Joint Managing Director of Welspun India are seen dancing on the remixed version of the song Muqabla from the movie ' Street Dancer 3D.

A refreshingly joyful video of Dipali Goenka, CEO of Welspun India, dancing with her staff, has gone viral with everyone thanking her for a happy work environment.

The undated video that emerged on social media, it shows Welspun India's CEO and Joint Managing Director dancing on the remixed version of the Street Dancer 3D movie song Muqabla. With her, the video also shows how other employees are encouraged to join her and copy her steps as she happily finishes her routine. The 45-second video ends with all the employees applauding her performance.

Rare to see a CEO dance and have fun in an office setting. That's the way to create a happy culture @DipaliGoenka #welspun. pic.twitter.com/B6LAd2u3tr

RPG Enterprises Chairman Harsh Goenka was among the first to compliment the CEO of Welspun and said that such an atmosphere is the "way to create a happy community" at work. His video post received some 161 K views on Twitter so far.

With the tweet blowing up on Twitter, most social media users praised Dipali Goenka in Indian corporate offices for her "positive thinking," "fitness." The post has countless comments and many more praises.

A Psychology graduate and Harvard alumnus, Dipali Goenka has served as Welspun India's chief executive since 2002. Currently, she is both CEO and Joint Managing Director of the India arm of the company and has been a global leader in home textiles with an emphasis on consumers. A health and fitness enthusiast, Dipali Goenka feels the key to success is a balanced body and mind.

She was recognized by Forbes magazine as the 16th most powerful female in Asia and 4th in India in 2016.