Will cooperate with agencies till my name is cleared: Robert Vadra 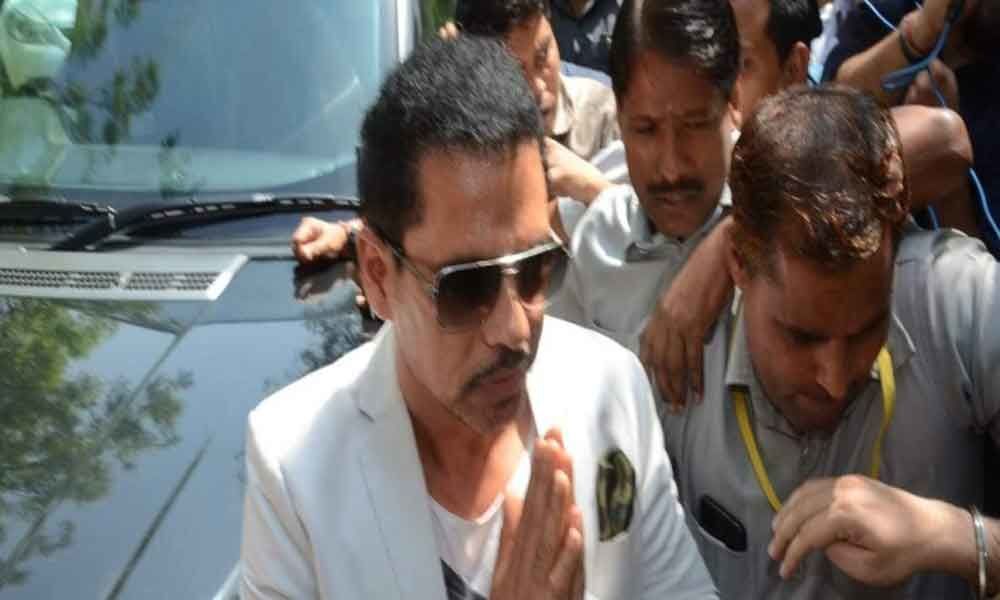 Robert Vadra, brother-in-law of Congress President Rahul Gandhi, on Thursday appeared before the Enforcement Directorate regarding a case of money laundering and said he will cooperate with investigative agencies until he is declared innocent.

New Delhi:Robert Vadra, brother-in-law of Congress President Rahul Gandhi, on Thursday appeared before the Enforcement Directorate regarding a case of money laundering and said he will cooperate with investigative agencies until he is declared innocent.

Before appearing at the ED office in central Delhi, Vadra wrote on his Facebook: "I have always maintained faith in the judiciary system of the country. I have always followed the summons and notices sent to me by the government offices.

"Till date I have appeared before the ED and cooperated with them for 11 times and have been questioned for over 70 hours. In future also I shall keep on cooperating them till the time my name is cleared from the false allegations," he said.

He attached a picture of himself with that of first Prime Minister Jawaharlal Nahru, who is the great grandfather of his wife Priyanka Gandhi.

Vadra arrived at the ED office in the morning and went inside directly without speaking to the media persons. His wife Priyanka Gandhi accompanied him to the office.

Vadra had appeared before the ED in February for the first time along with his wife.

Vadra was issued fresh summons by the agency after claiming they had got new evidence in the money laundering case.

The case relates to the ownership of 1.9 million pounds of overseas assets and undisclosed entities set up to evade tax.

Earlier, the ED had confronted Vadra with the emails he exchanged with the relative of arms dealer Sanjay Bhandari and Sumit Chadha.

The ED has also asked for the details of the bank accounts and transaction reports of Vadra. The agency has also collected the details of his properties in India and abroad.