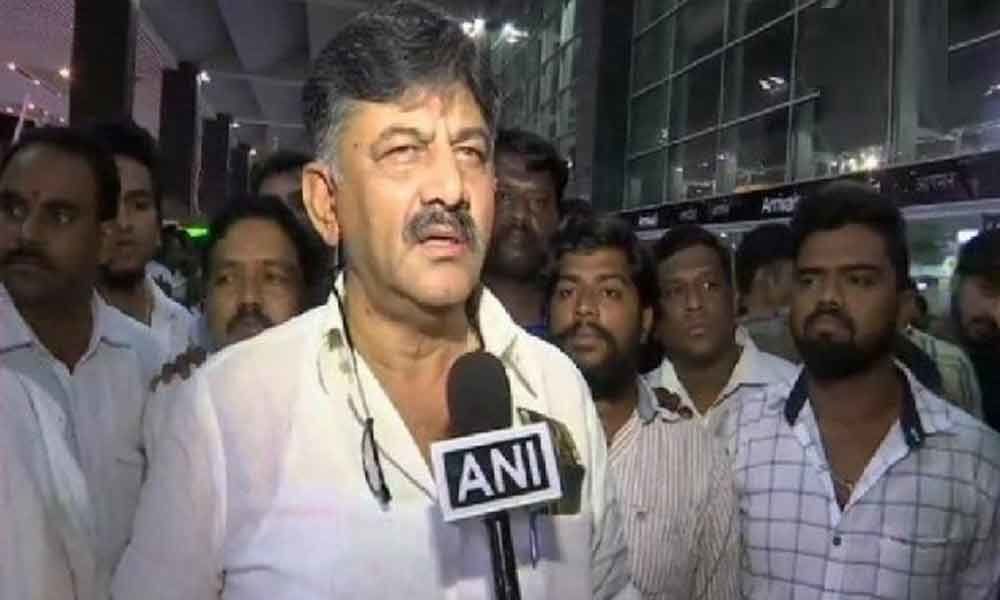 Earlier on Friday, he had alleged 'It is all a conspiracy. I have not made any mistake.

New Delhi: Karnataka Congress leader D K Shivakumar, who on Friday appeared before the Enforcement Directorate here in connection with a money laundering case, said he had assured his full cooperation to the agency.

"They (ED) summoned me to attend an enquiry and asked me many things from 6.30 pm to 11 pm. They have called me tomorrow as well, I have told them that I will fully cooperate with you," Shivakumar told reporters here after coming out from the ED office late on Friday night.

The former Karnataka minister added that he has summoned again and will appear before the probe agency on Saturday by 11 am in connection with a case that was registered against him allegedly for money laundering.

On Thursday night, the ED had issued summons to Shivakumar asking him to appear in person before it on Friday afternoon after the High Court of Karnataka dismissed his petition challenging the December 2018 summons issued to him.

"It is my duty and I respect the law. We are lawmakers and law-abiding citizens. I don't know why they summoned me under the Prevention of Money Laundering Act (PMLA) Act. Let me see and hear them out in order to find what they want and I am ready to support them," Shivakumar told reporters yesterday ahead of his questioning by the ED.

Earlier on Friday, he had alleged "It is all a conspiracy. I have not made any mistake."

He also downplayed the allegations of corruptions levelled against him.

"I have been a law-abiding citizen all my life, have always respected the law. I have got notices from agencies on different issues, I have answered everything and if they want more answers then I will give," he asserted.