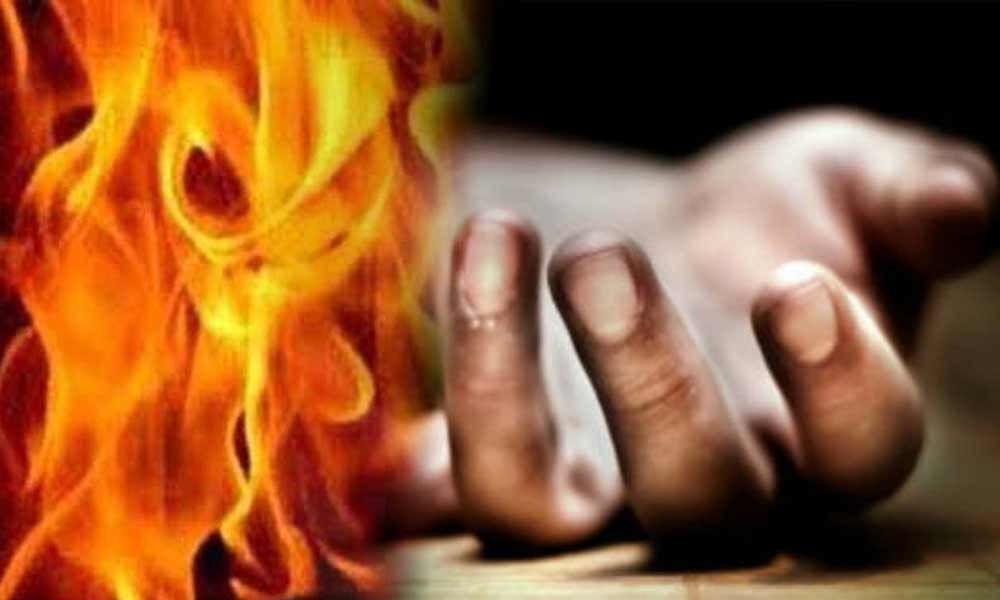 The accused, Tarzon, who belongs to the same village, allegedly tried to rape her, but the woman foiled his attempts.

GORAKHPUR: A 33-year-old woman was set on fire after she foiled an alleged rape bid by a youth in Uttar Pradesh's Deoria district on Saturday, police said.

The incident occurred in a village in Bhatni area when the woman had gone out to attend nature's call, the police said.

The accused, Tarzon, who belongs to the same village, allegedly tried to rape her, but the woman foiled his attempts.

The woman suffered 85 per cent burns and was admitted to the district hospital.

After her statement before the magistrate, the district superintendent of police ordered the registration of a case against the accused.

A manhunt has been launched to nab the youth, police said.