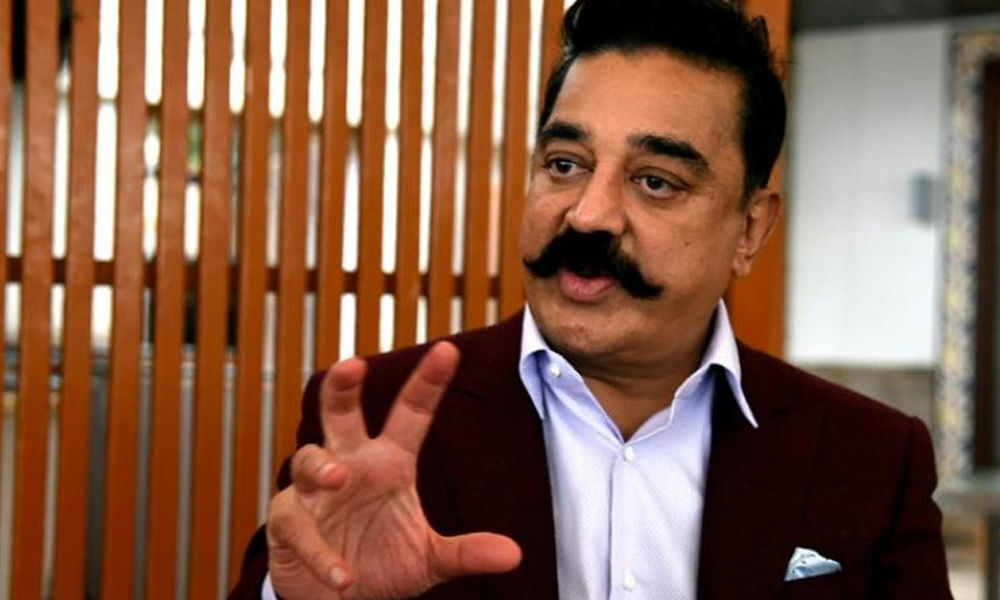 Actor-turned-politician Kamal Haasan has said the leaders of his political party, Makkal Needhi Maiam (MNM), will not indulge in horse-trading in the upcoming Lok Sabha elections.

Chennai: Actor-turned-politician Kamal Haasan has said the leaders of his political party, Makkal Needhi Maiam (MNM), will not indulge in horse-trading in the upcoming Lok Sabha elections.

"The needle in the balance will be Makkal Needhi Maiam. We will not be sold, we won't indulge in horse-trading. So, it will be a difficult negotiation for them. It will be an actual negotiation, not done with money," Haasan told news agency ANI on Wednesday.

The party released its first list of 21 candidates for the Lok Sabha elections in Tamil Nadu and Puducherry. However, the list does not include Haasan's name.

Haasan said he does not compare Congress and BJP as they "both have their equal share of mistakes that they have done."

When asked about reports of various political parties promising the release of those involved in the assassination of former Prime Minister Rajiv Gandhi, Haasan said, "There is a place for law and there is a place for compassion. I think the law has done its part and now it's time for us to show compassion if we have any at all."

Tamil Nadu will go to polls on April 18, and counting of votes will be done on May 23.