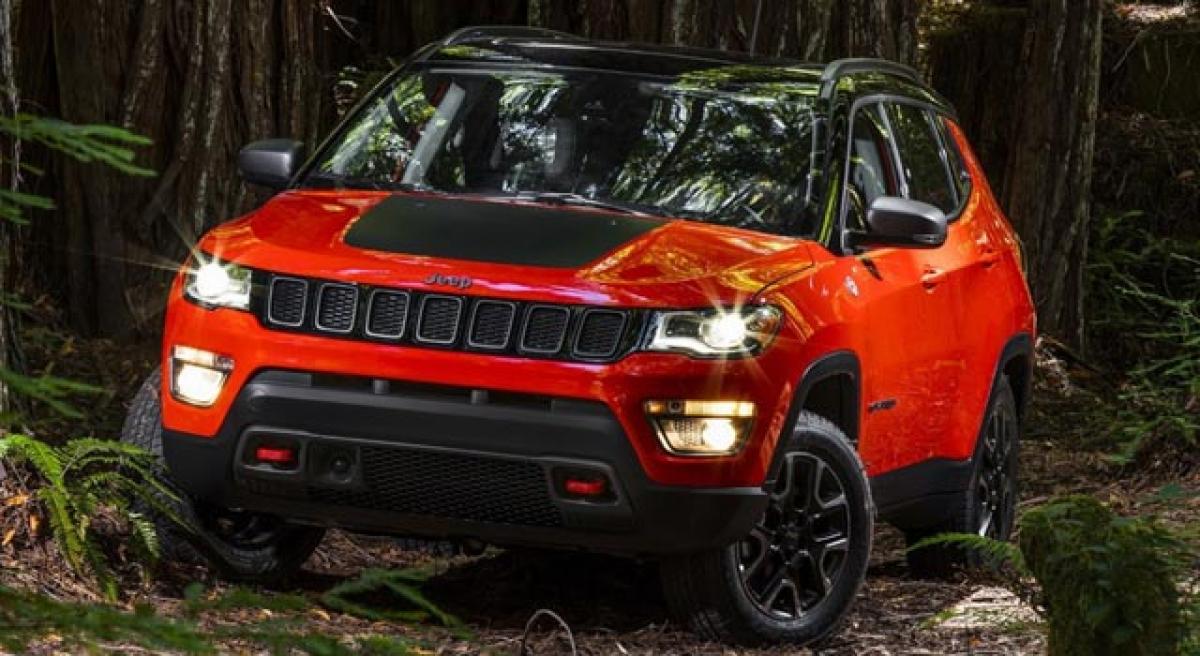 Jeep has finally revealed pictures of the Compass, the upcoming SUV that is going to be slotted between the Renegade and Grand Cherokee.

Jeep has finally revealed pictures of the Compass, the upcoming SUV that is going to be slotted between the Renegade and Grand Cherokee. A lot of unofficial pictures of the SUV had been leaked but now Jeep has revealed some details. The unveil of the SUV also marks the start of production at the company’s plant in Brazil.

On the looks front, it is easy to conclude that the Compass looks like a mini version of the Grand Cherokee. A lot of styling elements and design cues are shared with its elder sibling. You get the familiar Jeep grille but this time the squares are a bit smaller in size. The bumpers carry a rugged look while the headlights are again a bit similar to the Grand Cherokee.

The side profile looks very clean and only the C-pillar comes in body colour. The rear looks pretty neat and the overall styling of the Jeep looks quite robust. The interiors also seem to have taken inspiration from the Grand Cherokee and the SUV is likely to share some features too.

Jeep has stated that the Compass is a true global SUV and hence it will be offered with as many as 17 fuel efficient powertrains for more than 100 countries around the world. The Compass is like to get the Tigershark 2.4-litre engine from Chrysler or a new 2.0-litre turbocharged engine, mated to a 9-speed transmission. The Jeep Compass will make its first public appearance at the upcoming Los Angeles Motor Show.