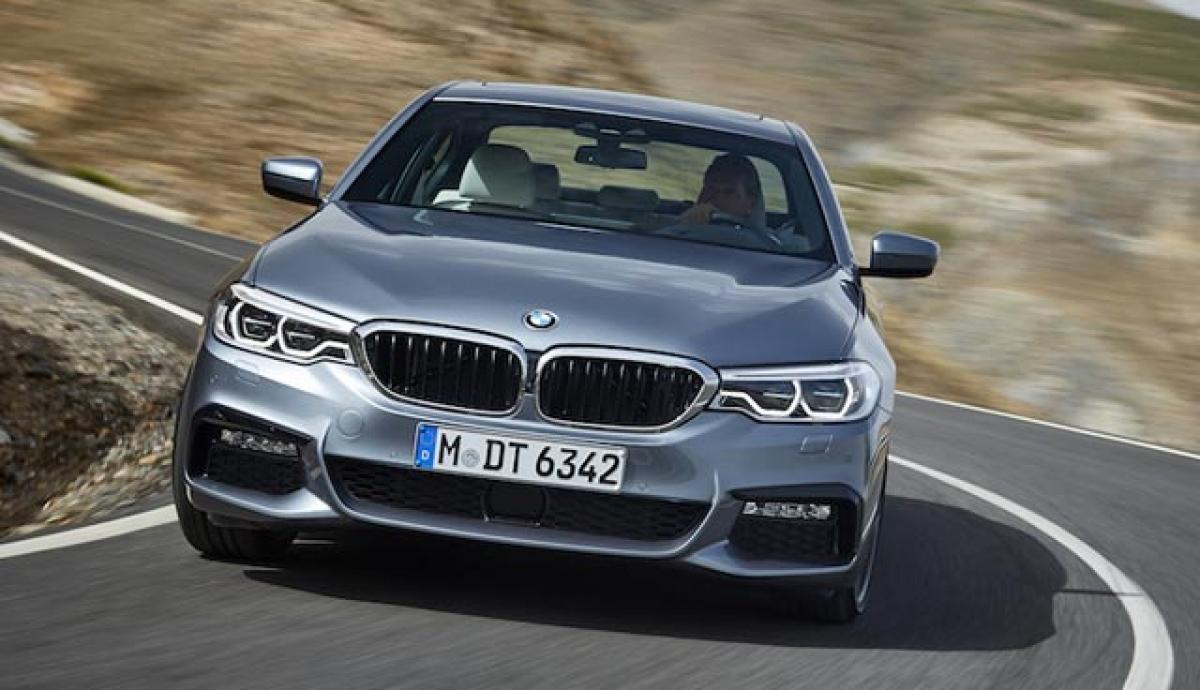 BMW has officially revealed the 7th generation 5-Series, with the sales of the car scheduled to commence from February 2017 in the global markets.

BMW has officially revealed the 7th generation 5-Series, with the sales of the car scheduled to commence from February 2017 in the global markets. The 5-Series is now based on BMW’s CLAR (Cluster Architecture) platform that also underpins the current 7-Series. This means, the German automaker has made heavy use of high-strength steels and aluminium to reduce the weight of the sedan by 100 kgs and improve the torsional rigidity and weight distribution.

The centre of gravity has also been lowered, which will translate into better handling and enthusiasts will be further pampered by the new steering, brake and suspension set-ups. Moving on to the engines, BMW has announced a range of options- spanning from 2.0-litre, four-cylinder petrol and diesel mills to a 4.4-litre eight-cylinder petrol motor and a plug-in hybrid unit. However, there are only two variants that as of now are expected to come to India- 520d and 530d.

The exterior of the 5-Series doesn’t see a radical change. The front and rear fascias have been restyled but BMW hasn’t gone overboard with the changes. The talking points are probably the 7-Series-esque adaptive headlamps with anti-dazzle high-beam and the drag coefficient of 0.22 (a new benchmark for a Bimmer).

Inside, since the new 5-Series is wider and longer than its predecessor, there’s more legroom for the rear passengers. Apart from that, there’s a new, full-colour Head-Up Display for the driver along with the latest generation of the iDrive, featuring a 10.25-inch TFT screen with gesture control. In order to compete with the Mercedes-Benz E-Class, BMW has fitted the 5-Series with exciting autonomous driving features like lane assist and remote control parking systems.

Finally, two non-metallic and 11 metallic colour shades will be available on the new BMW 5-Series. Six BMW Individual paint finishes and two BMW Individual Frozen paint finishes will be further added to the line-up over the course of 2017. Customers can also choose from a total of 17 different alloy wheels (17-inch to 20-inch), although we are not sure how many of these paint and rim options will come to India.