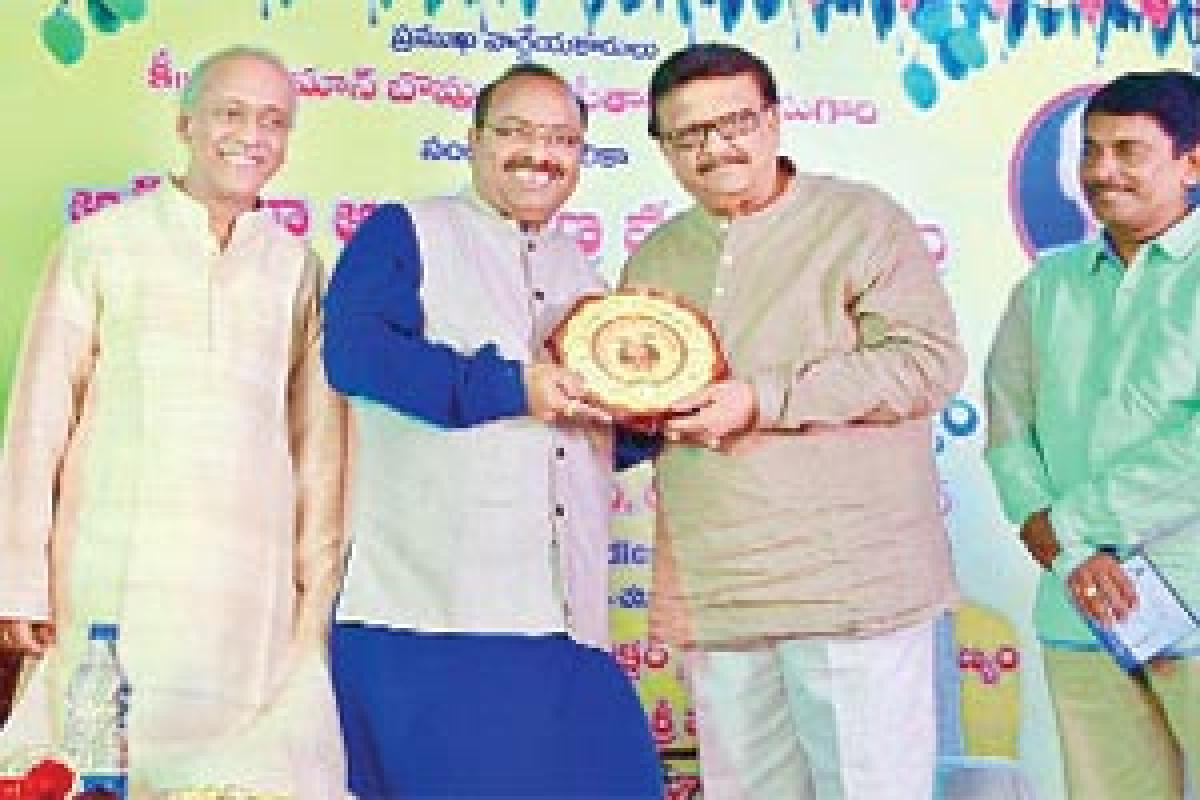 The venue for the Bommaraju Seetharamadasu Keertana Malika audio-CD release function at Shankar Mutt was packed to capacity. All standing space was taken up and there were people crowding the stairs.

The venue for the Bommaraju Seetharamadasu Keertana Malika audio-CD release function at Shankar Mutt was packed to capacity. All standing space was taken up and there were people crowding the stairs. But then it was a function in which the king of south-Indian film playback singing SP Balasubrahmaniam was chief guest. In addition, the CD was rendered by well-known musician, musicologist and Guru Sangeetacharya Dr Vyzarsu Balasubrahmanyam, who is much respected in music circles.

It was indeed heartening to see a full house for a classical-music event. Seetharamadasu was a wonderful combination of vaggeyakara (a lyricist and music composer), singer, playwright and philosopher. Born in Nidamanooru, Prakasam district, Andhra Pradesh, he began composing at age 16. His compositions have musical merit, are steeped in bhakti and were widely appreciated during his lifetime. However, after his demise, his compositions became obscure and survived only with his sons and grandsons. This CD is an attempt to revive those compositions by these Bommaraju descendants, who also arranged this function.

Vyzarsu has been researching forgotten Telugu composers for decades, fine-tuning their lyrics, and teaching them to his students. Vyzarsu personally renders these compositions, and makes his students also sing them on different platforms. He has also presented a series of TV programmes on these composers. Occasionally, he even releases these composers’ songs on audio CDs. Thus, he is ensuring this forgotten legacy is being revived and passed on to the next generation. This CD is a result of his study of Bommaraju compositions. Vyzarsu has composed the music for and rendered all the 11 songs on the CD.

Justice V Ramasubramaniam, honourable judge, High Court of Judicature at Hyderabad, who received the first CD, dwelt on the great power of music when sung to please God rather than man; narrating a story of Tansen and Akbar to illustrate this. He praised Bommaraju as a noble musician who sang for God.

Finally, living legend SP Balasubrahmaniam took to the stage to give a long speech punctuated with much applause. He said he had just completed 50 years of singing in films and this was due to the blessings of his parents and mentors and enormous support of the masses. He spoke of the need to respect music and musicians.

SPB also commended the work of Bommaraju Seetharamadasu and as well as the efforts by his family to keep their heritage alive. SPB revealed that his own father had left behind many compositions and he now felt inspired to study and revive them. Another guest of honour, film-music director Madhavapeddi Suresh also spoke briefly as did a couple of Bommaraju family members, bringing an end to the programme.