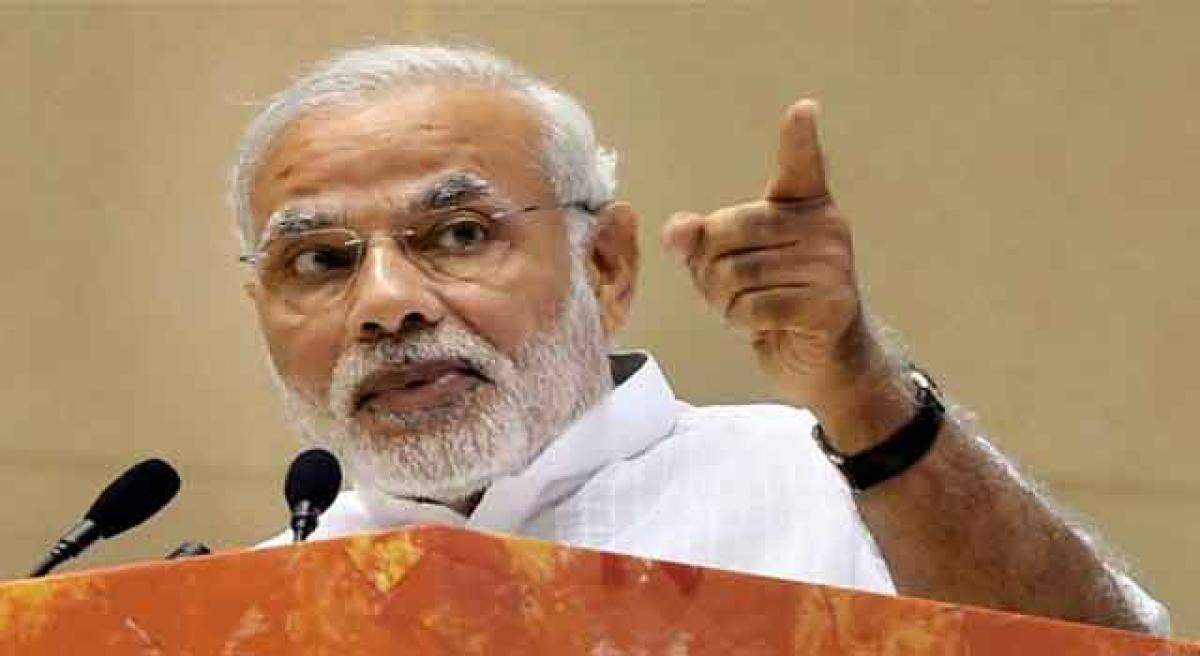 The Union Cabinet, chaired by Prime Minister Narendra Modi, has given its approval for two more national institutes in Andhra Pradesh.

​New Delhi: The Union Cabinet, chaired by Prime Minister Narendra Modi, has given its approval for two more national institutes in Andhra Pradesh.

The cabinet cleared operationalisation of new Indian Institute of Science Education and Research (IISER) at Tirupati. The institute, which will function from the academic year of 2015-16 from a transit and temporary campus, is to come up at an estimated cost of Rs 137.30 crore for the initial three years (2015-18).

The Cabinet also approved land transfer to the Acharya N G Ranga Agricultural University, Hyderabad, for the establishment of an agriculture college at Rajahmundry.

As part of the commitment made in the Andhra Pradesh Reorganisation Act, the Government of India had decided to establish an Indian Institute of Science Education and Research (IISER), an institute of national importance, in the residual State of Andhra Pradesh.

Consequently, the Government of Andhra Pradesh has earmarked 244 acres of land at Srinivasapuram, Pangur and Chindepalli villages of Yerpedu mandal in Tirupati for construction of the permanent campus of IISER.

Meanwhile, pending construction of the 'permanent campus for the IISER, on the recommendation of the Site Selection Committee, it has been decided to commence its functioning from the academic session of 2015-16 from the transit and temporary campus at Sree Rama Engineering College, Tirupati.

On the other hand, the Union Cabinet on Wednesday gave its approval for transfer of 21.93 acre of land belonging to the Central Tobacco Research Institute (CTRI), Rajahmundry to Acharya N G Ranga Agricultural University, Hyderabad, on a long lease basis for a period of 50 years for establishment of an Agriculture College at Rajahmundry.

At present, the agriculture college is temporarily functioning from rented accommodation of SKVT College. After transfer of the land, the college would be able to develop its own permanent campus.