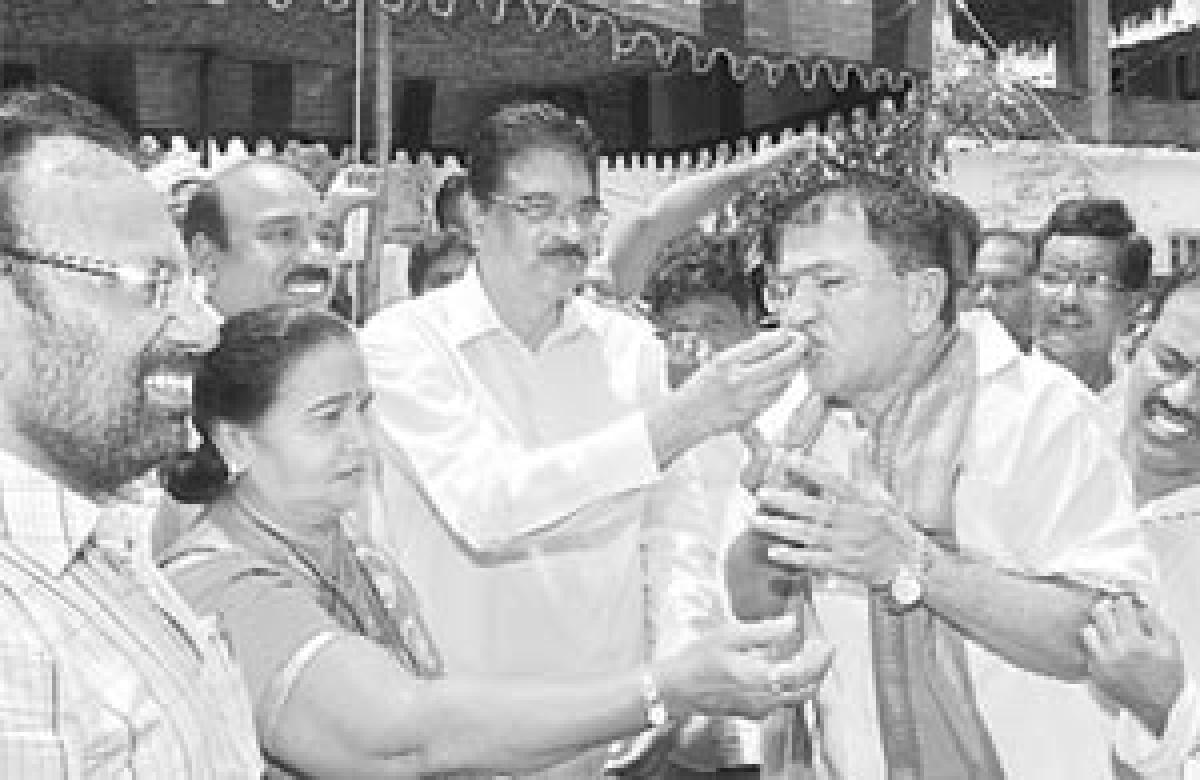 Visakhapatnam: The city unit of BJP celebrated the NDA government’s two years at the helm at the party office here on Thursday.

Speaking on the occasion, party State president and MP K Hari Babu said that the NDA government has introduced many welfare schemes for the uplift of the poor and empowerment of women.

Praising Prime Minister Narendra Modi’s special gesture towards new State of Andhra Pradesh, the State president claimed that Andhra Pradesh has secured more funds during the two-year period of NDA rule which was not granted by any other previous government since Independence.

The NDA government, he said was committed and rededicated itself to the uplift of all sections and continue the same spirit in future, he added.