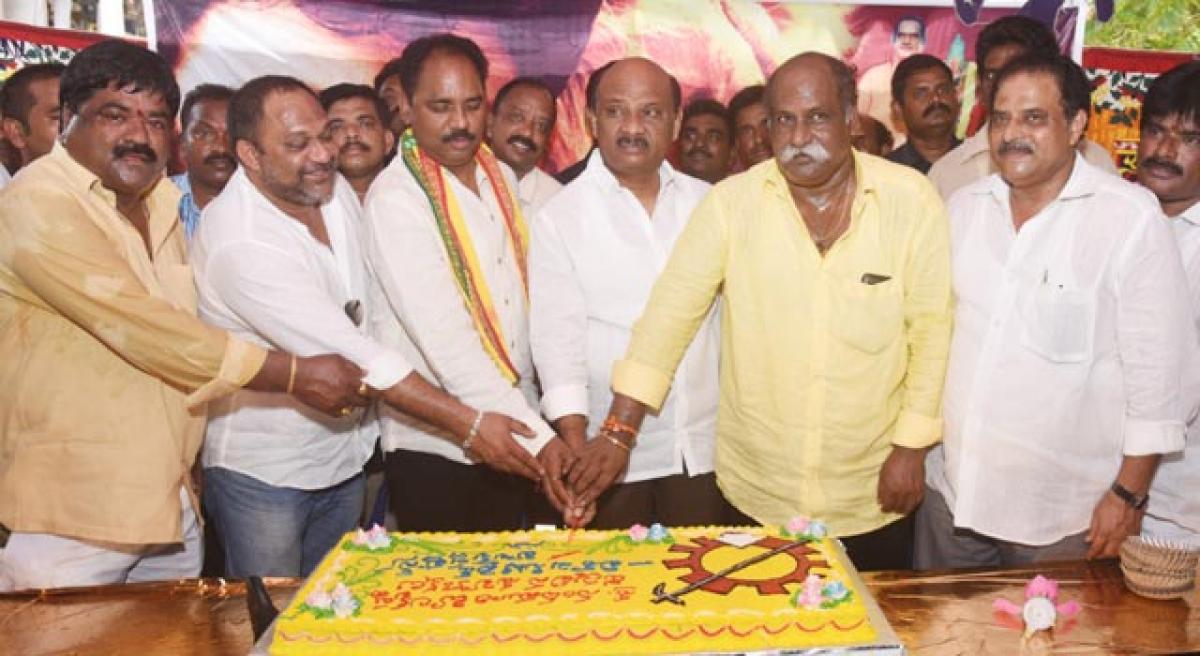 ​Visakhapatnam: The birthday of tollywood actor and Hindupur MLA Nandamuri Balakrishna was celebrated here on Friday.

Panduranga Rao said that Balakrishna has earned name and fame in the film industry, but also in politics.
He is also serving the poor by providing medicare at Basavatarakam Memorial Cancer Hospital.