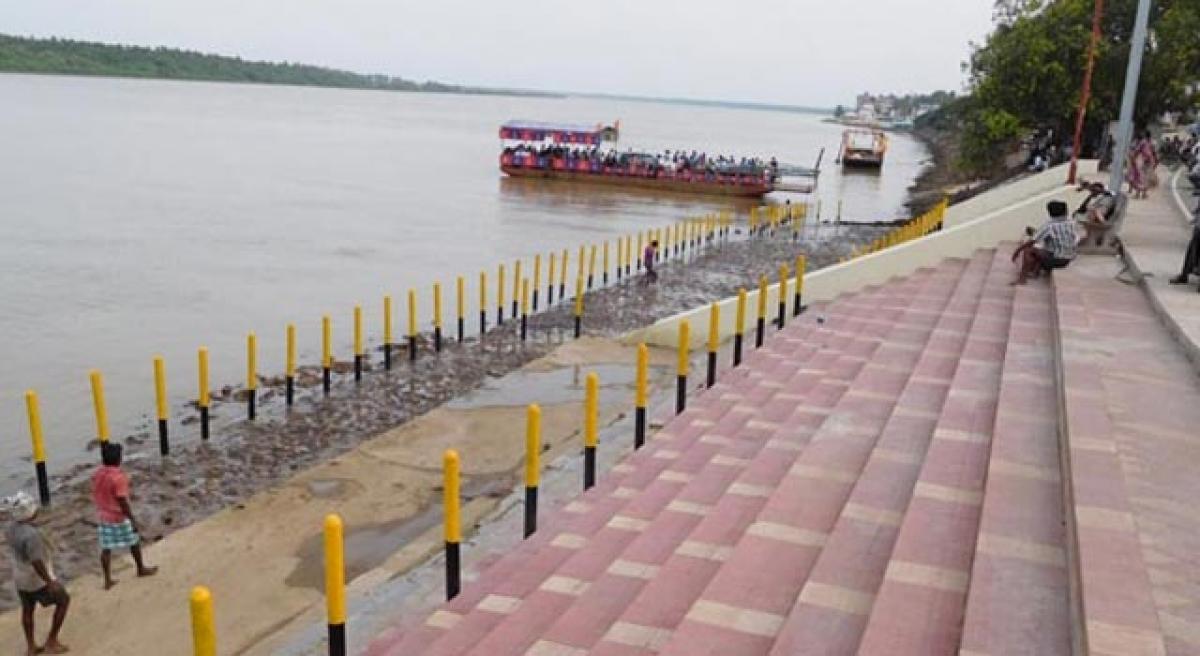 But the contractors responded to only 18 packages. The officials on Friday opened the sealed tenders and started verification process.

​Vijayawada: The Vijayawada Municipal Corporation has received poor response from the contractors for the Pushkaralu works. The corporation has invited tenders to allot the works under 30 packages.

But the contractors responded to only 18 packages. The officials on Friday opened the sealed tenders and started verification process.

The contractors have not responded to 12 packages offered by the civic body. The corporation has decided to appoint 15,000 sanitation workers during the 12 day Krishna Pushkaralu on a contract
basis.
The sanitation workers will work in three shifts eight hours each. Most of these workers will work in bathing ghats at Durga temple, municipal schools, guest houses where pilgrims stay during the Pushkaralu.

The contractors have filed tenders for only 18 packages, said chief medical officer Dr M Gopi Naik. He said the tenders were opened on Friday and further action would be taken by the Municipal Commissioner in this regard. Dr Gopi Naik said it will take nearly six days to finalise the tenders. The State government has allocated Rs 12 crore to the VMC for sanitation during the Krishna Pushkaralu.

The VMC officials have verified the prices quoted by the contractors for supply of different types of cleaning materials, equipment as well as for the payment to the sanitation workers. The quoted prices are less than the upset price fixed by the VMC