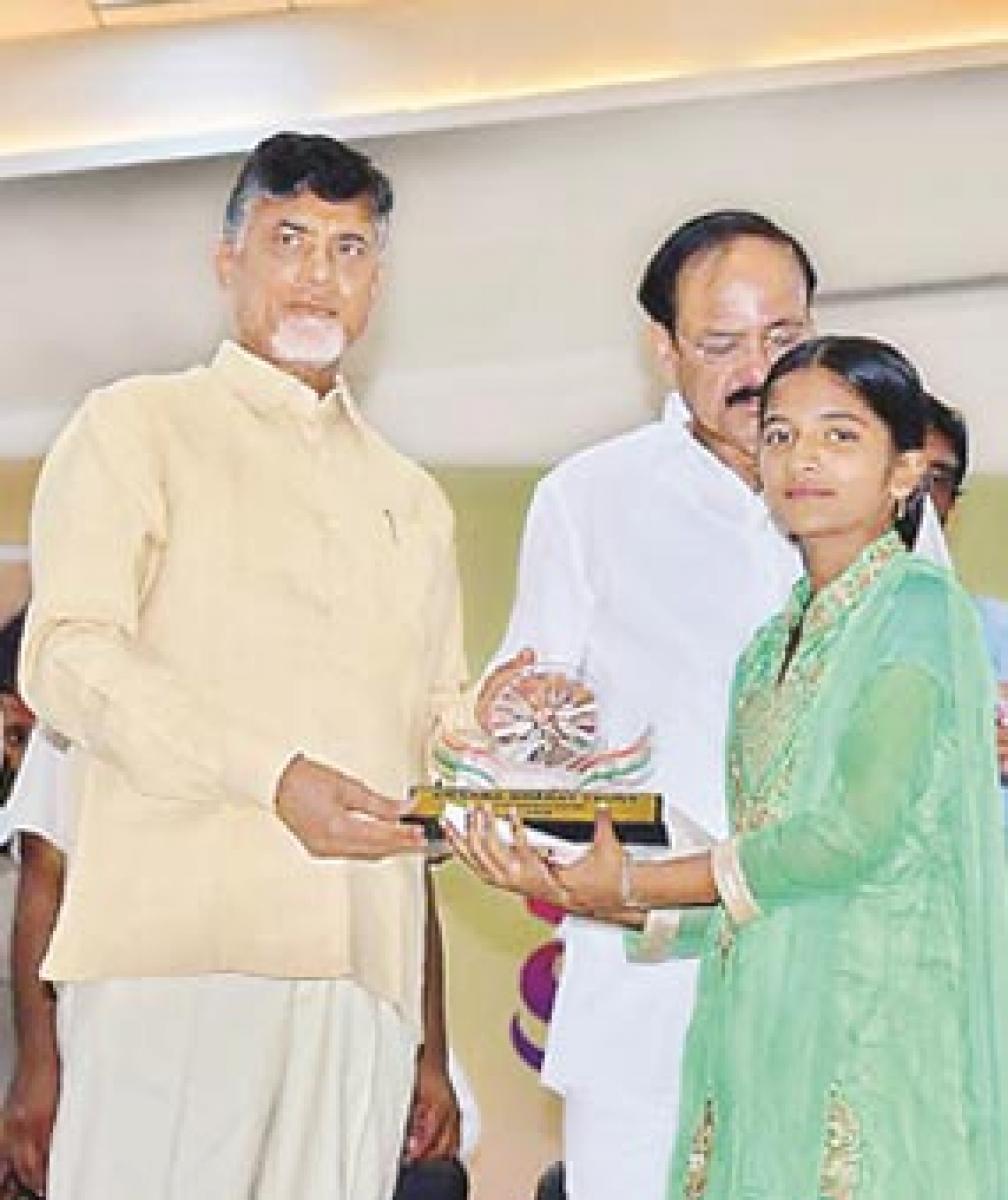 ​Vijayawada: Union Minister for Parliamentary Affairs M Venkaiah Naidu has appealed to students to protect their culture and mother tongue.

He asked the students to converse in their mother tongue in their houses, even though they use English language for professional purposes.

He asked the students to work hard to achieve their goals. Referring to former president Abdul Kalam and Prime Minister Narendra Modi who rose from humble backgrounds to reach topmost positions in the country, he called upon students to follow in the footsteps of such leaders to fulfill their dreams.

Speaking on the occasion, Chief Minister N Chandrababu Naidu showered praises on Venkaiah Naidu for serving people through his trust. He said everybody should give back to society and take part in its development.