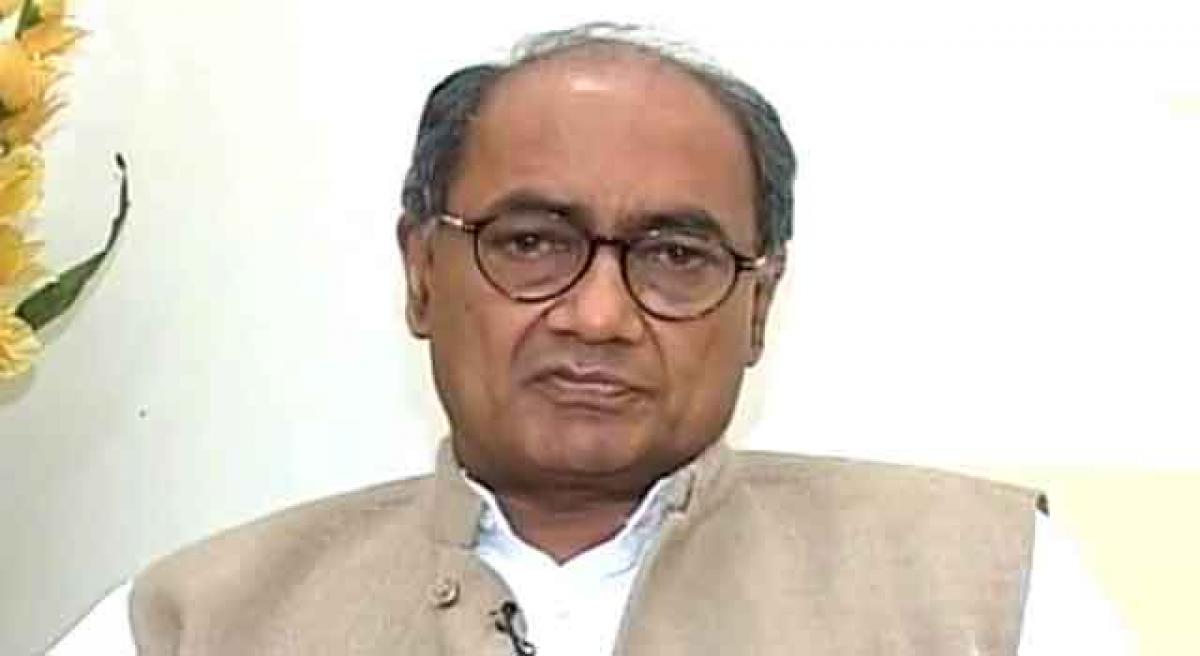 All India Congress Committee (AICC) general secretary Digvijay Singh and APCC president N Raghuveera Reddy will arrive in the city on Wednesday evening and will address a party workers meet the next day.

​Visakhapatnam: All India Congress Committee (AICC) general secretary Digvijay Singh and APCC president N Raghuveera Reddy will arrive in the city on Wednesday evening and will address a party workers meet the next day.

APCC general secretary S N Raja informed press corps here on Tuesday that the party leaders Digvijay Singh and Raghuveera Reddy will take night halt in the city. “They will address the party workers’ meeting at the party office on Thursday, to rejuvenate the cadre for the ensuing municipal elections,” he added.

Raja said the tour programme was finalized, after the duo met the AICC vice president Rahul Gandhi in New Delhi on Tuesday. He said that Digvijay Singh will leave for Hyderabad by air and Raghuveera Reddy for Vijayawada by road on Thursday to participate in the birth anniversary celebrations of former Chief Minister Dr Y S Rajasekhar Reddy.

Meanwhile, PCC general secretary Dronamraju Srinivas at a meeting convened here on Tuesday along with the city president Behara Bhaskara Rao, party in-charges of Assembly segments called upon the party activists and leaders to make the meet a grand success by attending in a large numbers.

He informed that Parliament member Dr T Subbarami Reddy will also attend the meeting. When contacted, Srinivas told The Hans India that all necessary arrangements were being made for the party meeting to be addressed by the senior leaders and the meeting would focus on how to further strengthen the party to face the ensuing municipal elections.