Onus on Centre to accord status: Left 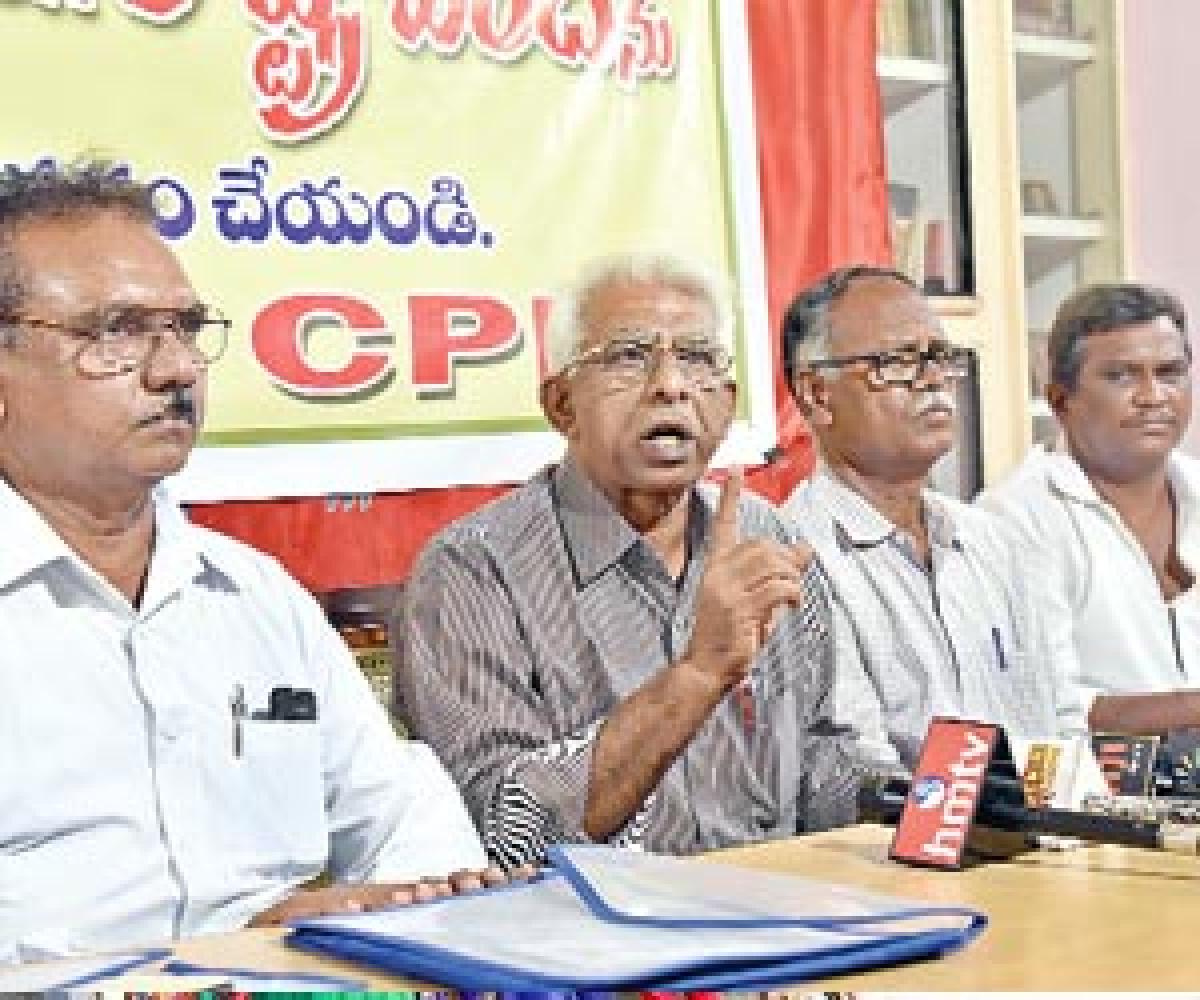 Left parties here on Sunday called for a State-wide bandh on August 2 protesting against the non-committal stance of the BJP on according Special Category Status to Andhra Pradesh.

Visakhapatnam: Left parties here on Sunday called for a State-wide bandh on August 2 protesting against the non-committal stance of the BJP on according Special Category Status to Andhra Pradesh.

Speaking to the media, CPM State Secretariat member Ch Narasinga Rao and CPI district secretary A J Stalin said that according Special
Category Status to the State is the responsibility of the NDA government as per the Andhra Pradesh Reorganisation Act.

The leaders alleged that the TDP government had failed in securing the Special Category Status. The Congress party, they charged
introduced private Bill seeking Special Category Status in the Rajya Sabha only to hide its failures, while bifurcating the State. It’s the
moral responsibility of the TDP government to mount pressure on the Centre without limiting itself to mere criticism and it should take
the lead, the leaders said.

Narasinga Rao pointed out that the NDA government was not showing interest in implementing the contents of the Andhra Pradesh
Reorganisation Act. There was no news about a separate railway zone for Vizag though the Polavaram project was declared as a national
project, but it was not releasing sufficient funds. Of the total Rs 7,000 crore to be given per year to the backward districts of
Rayalaseema and Uttarandhra, the Centre released only Rs 700 crore and failed to release funds for the construction of the capital at
Amaravati.

About granting educational institutions to the State, the CPM leader said that there was no mention of Girijan University. He questioned
the TDP government why it was not snapping ties with the BJP at the Centre. He appealed to owners of commercial establishments,
hotels, cinema theatres, shops, industries and transport sector and public to cooperate to make the bandh a success. CPM leaders V S
Padmanabha Raju, R K S V Kumar and CPI leader D Markandeyulu were present.