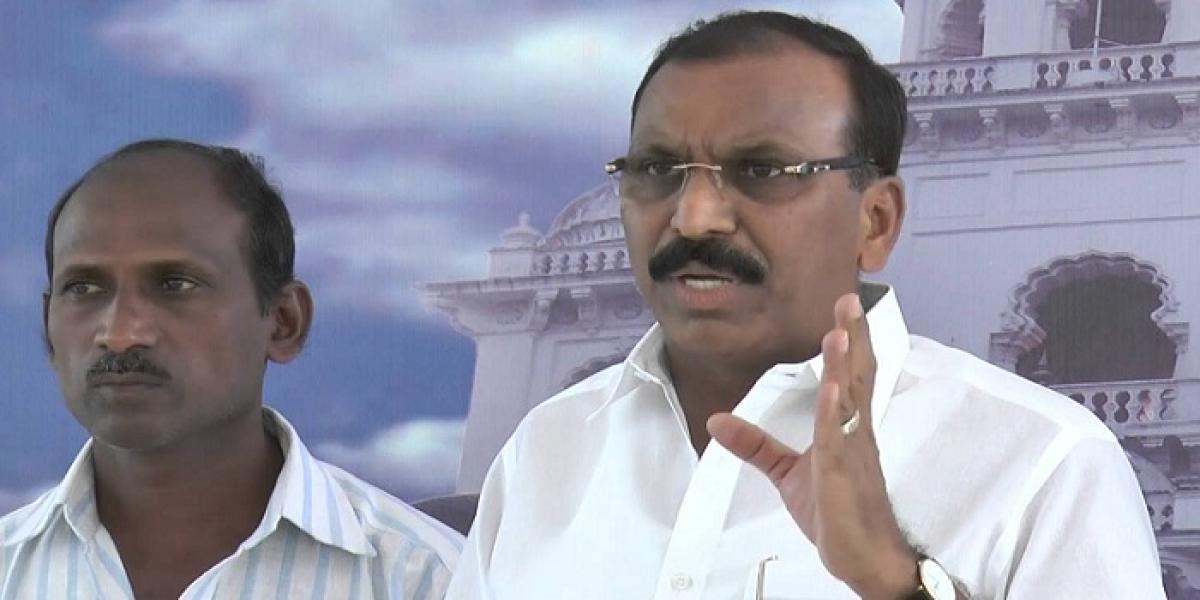 YSR Congress Party candidate Shilpa Mohan Reddy on Saturday kick-started his electoral campaign in Nandyal constituency ahead of the by-polls.

YSR Congress Party candidate Shilpa Mohan Reddy on Saturday kick-started his electoral campaign in Nandyal constituency ahead of the by-polls.

Addressing the media on the occasion, he stated that the TDP leaders only remember people at the time of elections and are out of contact with the condition of the public on the streets.

Shilpa Mohan Reddy further questioned as to why the TDP government has not taken up any schemes all these days and stated that Chief Minister N Chandrababu Naidu is not bothered about the concerns of the people but during elections, makes all kinds of promises.

He further expressed confidence of winning the Nandyal by-elections despite Chandrababu's tactics. The polling will be conducted on August 23 and the results would be announced on August 28.