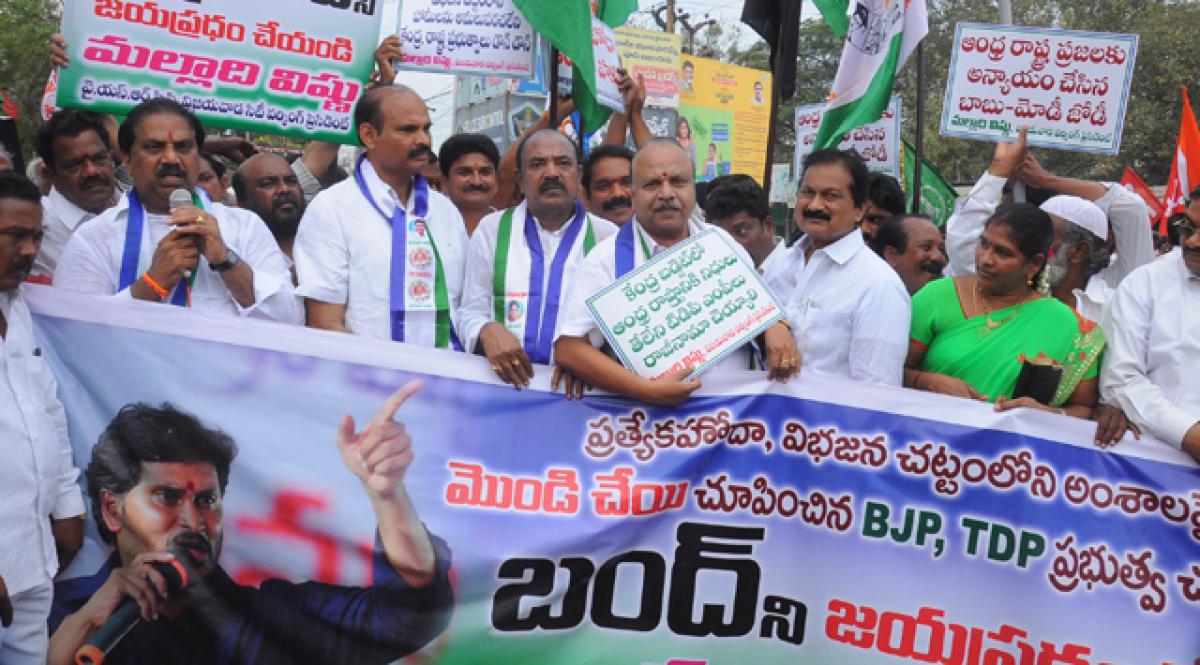 Bandh evoked good response from all sections of people here on Thursday. The leaders of all major political parties joined hands by participating in protests at various centres.

Vijayawada: Bandh evoked good response from all sections of people here on Thursday. The leaders of all major political parties joined hands by participating in protests at various centres.

Traders closed their business establishments voluntarily. The APSRTC stopped their services from morning hours. Theatres cancelled the morning shows while one day holiday was announced for educational institutions, including private and government schools and colleges. The city wore a deserted look due to bandh.

Police heaved a sigh of relief when there were no untoward incident reported in the city. Meanwhile, the film critic Katti Mahesh was present in the protest, along with the leaders of Left parties.

Ministers P Narayana and Kollu Ravindra extended their support by participating in the protests, along with local leaders of Telugu Desam. The leaders of CPI and CPM blocked the entrance of Pundit Nehru Bus Station in Vijayawada city in the early hours of Thursday. The management of the RTC taken a decision to stop operations of bus services.

On the other hand, the YSR Congress Party and Congress staged a protest at Lenin Centre. They raised slogans against the Centre. Former minister and YSR Congress Party senior leader K Pardha Saradhi said the State and Central governments were cheating the people of the state.