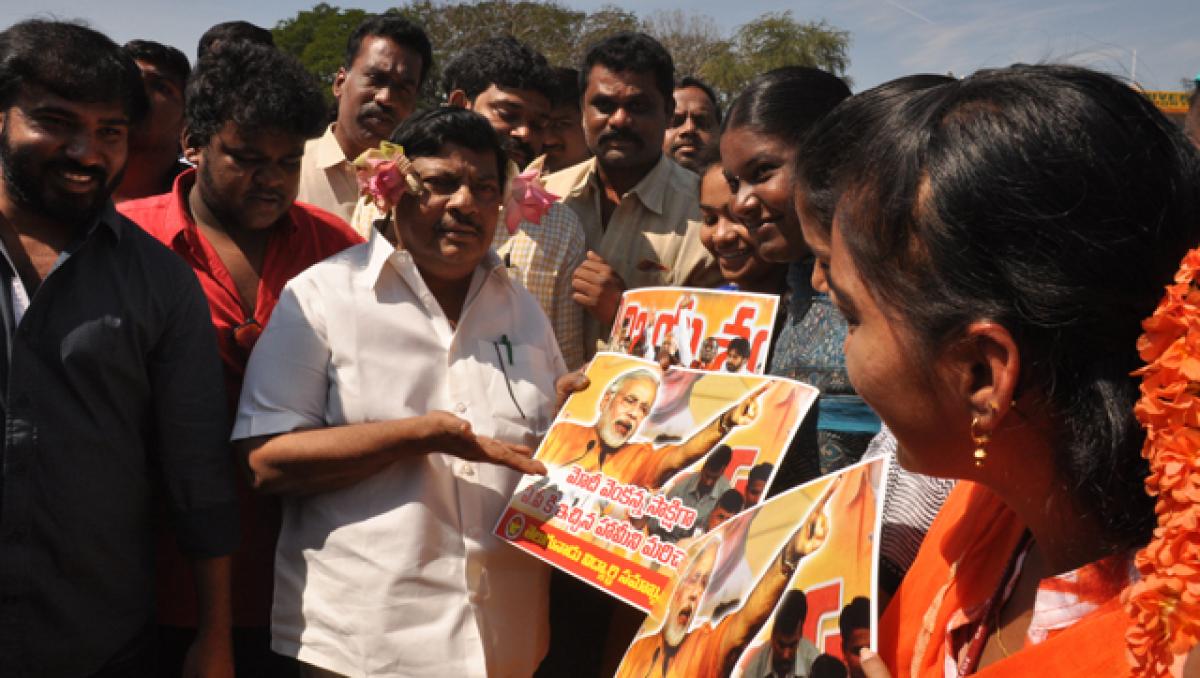 Tirupati: Telugu Nadu Students Federation (TNSF) took out a huge rally from Sri Venkateswara University campus to Tarakarama Stadium here on Friday. At the Stadium, Chittoor MP Dr N Sivaprasad led a novel protest by sporting flowers in his ears to convey that the BJP-led NDA government and Prime Minister Narendra Modi in particular have fooled the people of AP by not fulfilling the promises made before 2014 elections.

They choose Tarakarama Stadium for their demonstration from where Narendra Modi promised to build a capital which will resemble the New Delhi and gave several other assurances which have been not fulfilled till now. They even demonstrated several placards and posters with slogans mentioning the promises.