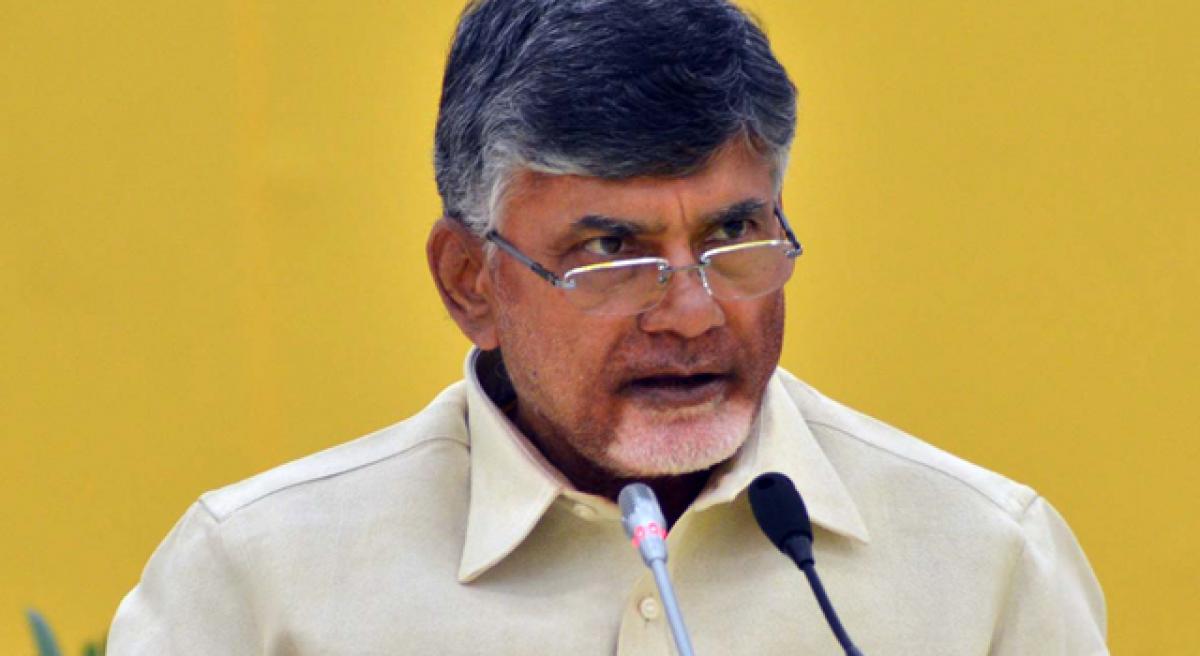 Chief Minister N Chandrababu Naidu has reiterated that he would continue to work hard and at the same time demand implementation of all the assurances made in the AP State Reorganisation Act, 2014.

Amaravati: Chief Minister N Chandrababu Naidu has reiterated that he would continue to work hard and at the same time demand implementation of all the assurances made in the AP State Reorganisation Act, 2014.

Speaking to media persons at his residence in Undavalli here on Tuesday, the Chief Minister said that it was unfortunate that the BJP saying that there was no need for special category status since the state was able to land investments in lakhs of crores of rupees.

The point I want to make is that even though investments are flowing into the state, we should get what is promised under the Bifurcation the Act. With regard to special category status, the Chief Minister has said it might help the state, but it is erroneous thinking that the industrial sector would get a clutch of incentives once the status is accorded.

The Chief Minister said there was a lot to be done in the state since the per-capita income is still lower compared to other states. But if some states get incentives under special category status, AP too should get them, he said.

Chandrababu Naidu pointed out that the Opposition was singing the special category status every day and was silent on other issues. But the government is also working to provide irrigation facility to parched lands in Rayalaseema region while trying to trigger industrial development all over the state.

“We have decided to sanction all clearances as fast as we have done in respect of Kia motors which is setting up its unit in Anantapur district, he said and underscored the point that there was no BJP or the Congress in the state, implying that there was no need for the TDP to bother much about them.