Shilparamam, a boon for artisans 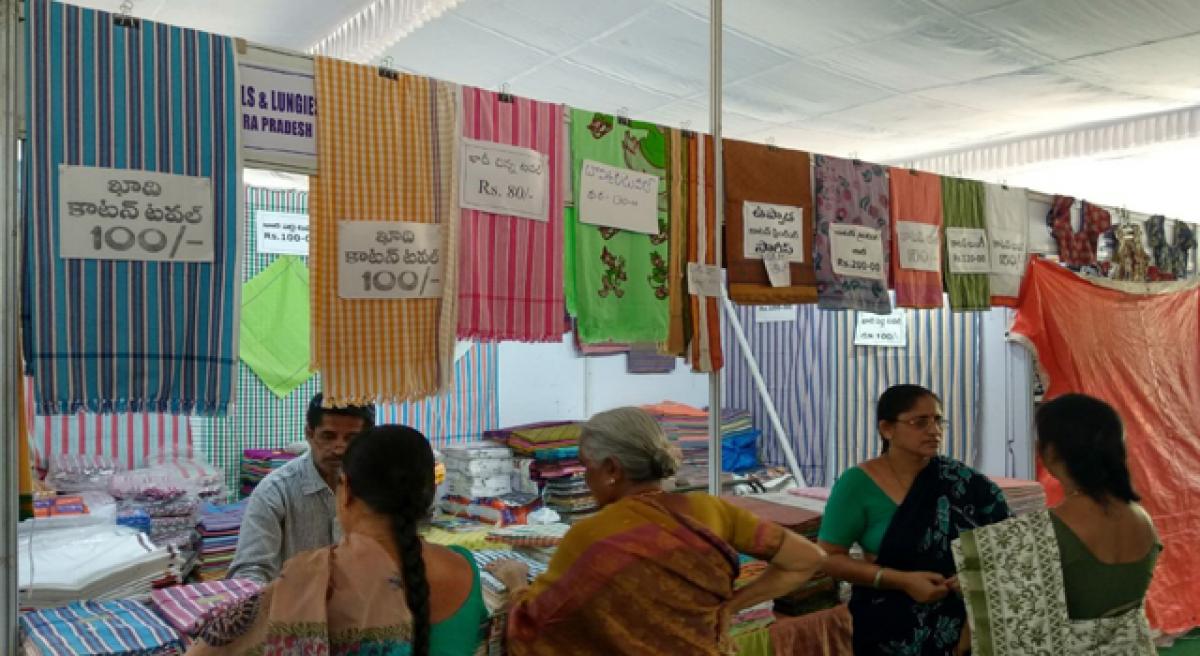 To promote handicrafts made by artisans and give them a platform to sell their products directly to the people by eliminating the role of middlemen, Shilparamam has been organising exhibitions on various occasions.

Tirupati: To promote handicrafts made by artisans and give them a platform to sell their products directly to the people by eliminating the role of middlemen, Shilparamam has been organising exhibitions on various occasions.

In Tirupati, two such exhibitions were organised in the last three months. In January, Gandhi Shilpa Bazaar with about 100 stalls was held for 10 days whereas now another exhibition with 50 stalls has been opened on March 8 which will conclude on March 17.

With the financial support of the Development Commissioner of Handicrafts (DCH), Ministry of Textiles, Government of India, these exhibitions are being organised, said the Administrative Officer (AO) of Shilparamam K Khadarvalli.

Speaking to The Hans India, he said that these exhibitions provide a good market place for the artisans from various places as many visitors can come to see the workmanship of many products under one umbrella.

In the past, they used to approach middlemen to sell their products and being cheated by them. Now, there is no role for middlemen as Shilparamam directly approach the artisans to bring their items here.

They will be given stalls free of cost and TA & DA will also be paid during their stay in Tirupati. The expenses for bringing their luggage here will also be paid. All these amounts will be directly credited to their bank accounts and there will be absolutely transparency.

“Our aim was to encourage all artisans as Shilparamam was meant for good family entertainment, it provides a good platform for such expos too,” said Khadarvalli. This time, artisans from six states – AP, Telangana, Tamil Nadu, Gujarat, Rajasthan and West Bengal have opened their stalls in the exhibition.

“On our part, we have laid shelters to open the stalls, providing drinking water and other amenities and people can have a free entry. Naturally, people including pilgrims visiting in good numbers and artisans could be able to sell about 70 percent of their items,” he maintained.

On the other hand, artisans also feeling happy over the response they were receiving in Tirupati. An artisan Ram, who came from Pedana in Krishna district with Kalamkari clothes said that the sales were satisfactory, and people were showing interest in Kalamkari designs. Several other artisans also expressed similar feelings.

Khadervalli said, seeing the response they were planning to organise more such events in future. The Special Officer of Shilparamams in the State B Jayaraj was very keen in motivating artisans and planning several events.

It has been proposed to conduct a ‘Mela’ in May during summer holidays at Shilparamam. Another exhibition will be organised in Dasara holidays,
Gandhi Shilpa Bazaar may also be held during November and December. Through these exhibitions, Shilparamam will also get publicity and will help artisans also, he stated.

The footfall was also increasing to Shilparamam and reached 2.5 lakh till now during this financial year as against 2.2 lakh last year. More efforts to renovate and to provide additional attractions were going on to attract more visitors.