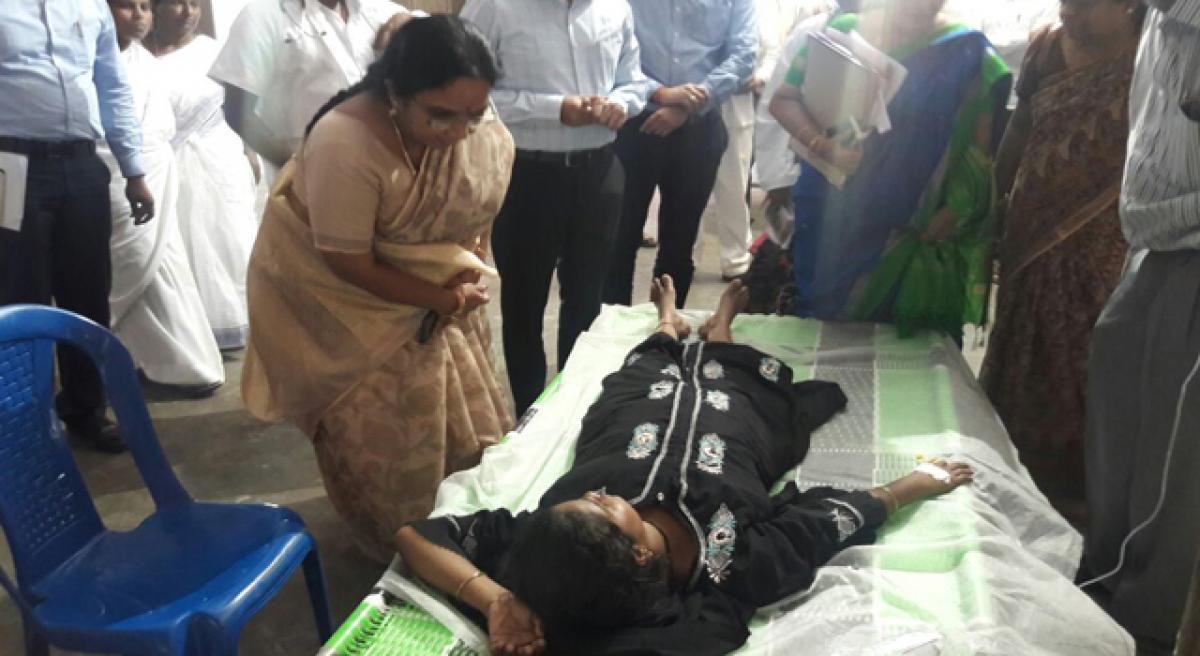 Principal Secretary (Medical and Health) Department Poonam Malakondaiah said that the State government would take all precautionary measures and ensure that problems relating to water contamination does not recur.

Guntur: Principal Secretary (Medical and Health) Department Poonam Malakondaiah said that the State government would take all precautionary measures and ensure that problems relating to water contamination does not recur. She paid a visit to the medical camp conducted at the One-Town area on Sunday and interacted with patients suffering from diarrhoea.

Later, she went to another medical camp setup at third line at Anandapeta. She inquired about the health conditions of patients undergoing treatment in the medical camp and instructed the officials concerned to provide the best possible treatment for the speedy recovery of patients. Later, she inspected the drinking water pipeline works at Anandapeta and interacted with the locals.

They complained that there was no proper drainage system and they were unable to drink the water supplied by the Guntur Municipal Corporation. She further said that the government would take all the steps to supply drinking water to the residents. They would take all necessary steps to check outbreak of diarrhoea.

Taking the ensuing summer into consideration, she said the government would supply ORS packets to the Primary Health Centres as part of preventing seasonal diseases. She urged the people to go to the hospital immediately when they suffer from diarrhoea.