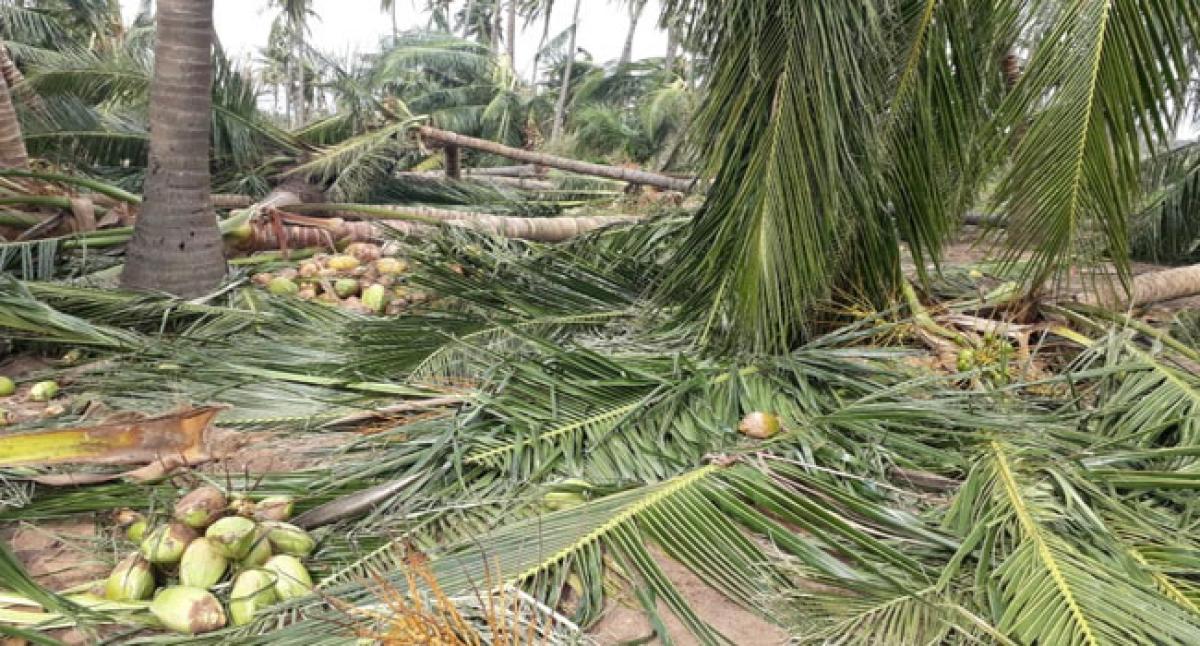 In total 2,12,006 farmers lost their crops due to the cyclone. “This time Titli cyclone caused huge damage to agricultural crops and more farmers affected than any other cyclones previously,” said joint director for agriculture PDV Ratnakumar.

Horticulture crops like coconut, cashew and mango were damaged in an extent of 36,000 hectares in many mandals, particularly in Uddanam area. The horticulture affected farmers are enumerated as 1,19,990. The total crop loss was estimated as Rs 205.20 crore and horticulture crops suffered a damage of Rs 262.17 crore.