Oppositions failed to make use of Janmabhoomi: Amaranatha 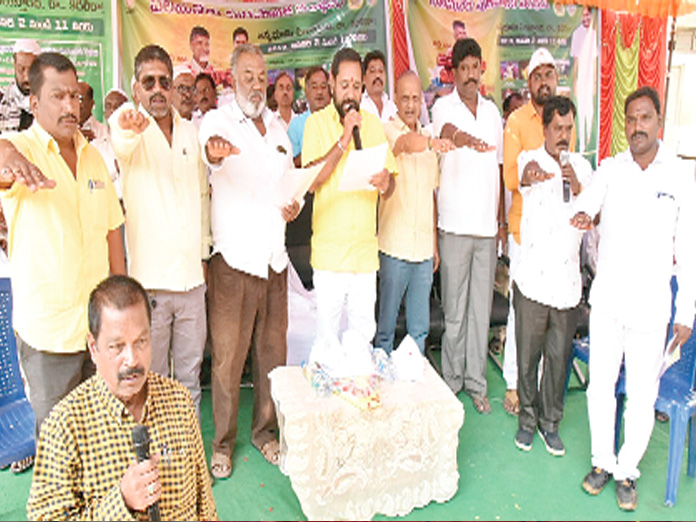 ​Chittoor: Industries minister N Amaranatha Reddy regretted that opposition parties had failed to avail the opportunity provided by the Janmabhoomi-Maa Vooru programme to solve the problems of people by boycotting it despite Chief Minister N Chandrababu Naidu declaring it cent per cent apolitical programme. He expressed satisfaction over participation of all TDP functionaries enthusiastically in the programme with a commitment to sort out the problems of people.

Addressing a Janmabhoomi - Maa Vooru meet held at Palamaner in the district on Sunday , the minister criticised YSRCP president Y S Jaganmohan Reddy for failing to justice to his status as Leader of Opposition right from the beginning. He said allegations and counter allegations between political parties during elections are justified, but the political considerations should be set aside with regard to development and all parties should unite. He reiterated that the TDP government was committed to the development and welfare all sections of society irrespective of political loyalties.

Alleging that YSRCP chief YS Jaganmohan Reddy, Jana Sena chief Pawan Kalyan and Telangana Chief Minister K Chandrashekar Rao had ganged up with Modi against Chandrababu Naidu, the minister exuded confidence that Naidu would win 2019 poll with splendid majority as the TDP government had fulfilled all the poll promises.