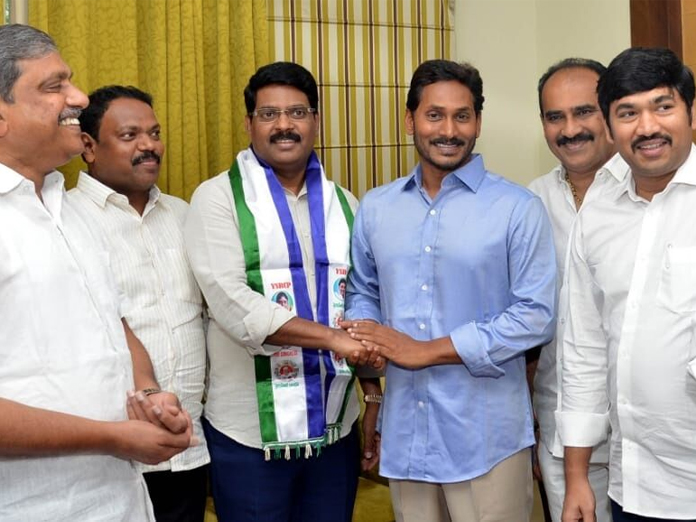 The YSRCP president YS Jaganmohan Reddy offered the party shawl to him at the party head office in Hyderabad and appointed him as the Darsi Assembly constituency in-charge in the presence of former MP YV Subbareddy, Ongole parliament constituency president Balineni Srinivasa Reddy, former MLA Buchepally Siva Prasad and other party senior leaders.

Buchepally Siva Prasad Reddy said that due to personal reasons his family would not be contesting the coming elections but supporting Maddisetty Venugopal as Darsi Assembly constituency candidate.

He offered all help and cadre support from Darsi and asked the party workers to extend their cooperation.

Venugopal said that he promised Jaganmohan Reddy to extend all his support by all means in the district.

He thanked Sajjala Ramakrishna Reddy, YV Subbareddy, Balineni Srinivas, Botsa Satyanarayana along with the Buchepally family for believing in him.

He assured that he will meet their expectations in delivering his responsibilities and requested the cadre to cooperate in making Jaganmohan Reddy as the chief minister.