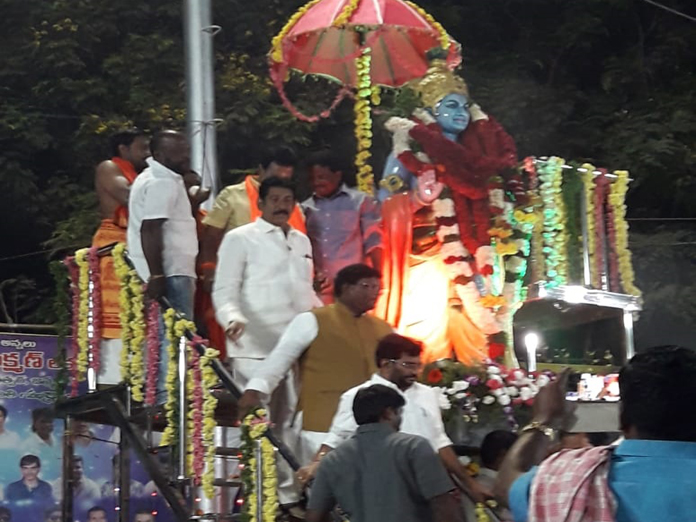 He participated in NTR death anniversary meeting held at Nartaki Centre here on Friday and formally launched Annadanam. The Minister stated the monthly pension was only Rs 200 till 2014.

After TD government came to power, pension was enhanced to Rs 1,000 per month and subsequently to Rs 2,000. He said pension is a social security for the poor as there is no need for them to depend on others for emergencies like medicines. “State government is going to provide Rs 70,000 crore worth pensions in the next five years” he added.

Chandramohan flayed YSRCP chief YS Jaganmohan Reddy for not announcing hike in pension and waiver of farm loans. “Our government is dedicated for well-being of the poor and needy. We have created record in implementation of welfare programmes in the State.

Late NTR taught us to respect women and we are committed to it,” said Somireddy. He also expressed pity over YS Sharmila, who was victim of social media, and said they are also victims of the social media. He said they can understand difficulty of Sharmila and asked what she was doing when Jaganmohan had deployed social media teams to criticise others.

All anti-BJP parties across the country have been united now and said Congress has resolved to provide SCS to the AP if they come to power, he said. The Minister further stated the Federal Front has no support from political parties. The downfall trend of the opposition has already started, he claimed.

NUDA Chairman K Srinivasulu Reddy, who interacted with the media, at the party office on Friday dared Telangana Chief Minister K Chandrashekar Rao to enter Andhra Pradesh if he has guts.

He said that they are ready for debate on the development with KCR. Further, a blood donation drive arranged at the district party office in connection with NTR’s death anniversary. Only 15-20 people have donated blood during the mega camp till afternoon which discouraged the cadre.