Farmers vow to make best use of vote in Bhimavaram 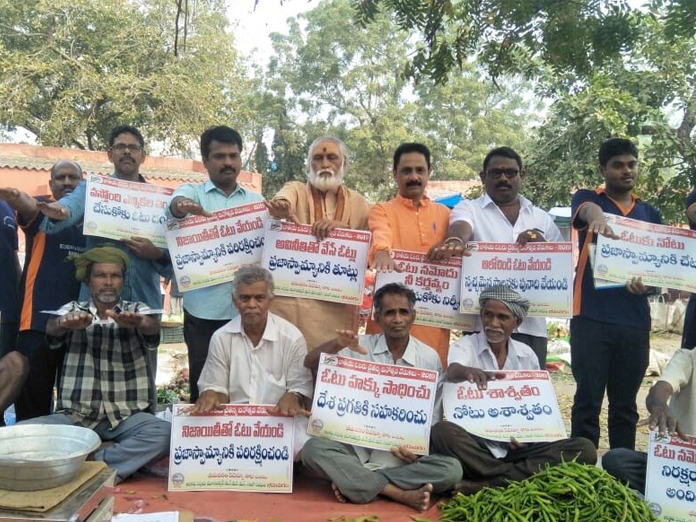 Bhimavaram: An awareness campaign on the right to vote was organized at Rythu Bazar in the town on Sunday.

The Department of Revenue, in association with Sri Vignana Vedika organized the campaign in which large number of farmers took part.

Speaking on the occasion, Rythu Bazar Estate Officer Kalyan appealed to the farmers to make the best use of their vote as it was a sacred possession.

He urged them not to waste it either by ignoring to exercise their franchise or to sell it for money or any other favour to contesting candidates.

The farmers took a pledge to make use of vote for positive change in society and not to sell it for money or liquor.