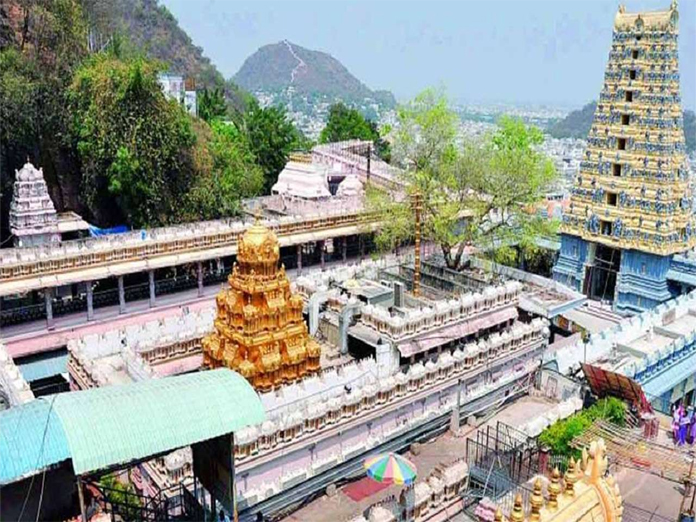 Vijayawada: The management of Durga temple made elaborate plans to provide new greenery stretch which include a footpath to reach the temple premises atop Indrakeeladri. Already the temple management has approved designs and started the works recently.

The greenery stretch is being established between head waterworks and temple’s main entry on the stretch of Hyderabad highway. It will be a new attraction to Durga temple and also an additional facility to devotees.

Presently, the temple’s main entry ghat road is being utilised mainly for vehicles transportation purpose. Already, the temple management changed the devotees’ footpath entry point towards Rajagopuram direction long ago. Now the way is only being treated as main footpath.

The lifts have been provided to reach the temple atop Indrakeeladri without facing any trouble especially for the aged people. But the temple management is facing problems to avoid rush in the present footpath during the festival occasions and other important days.

In this backdrop, the temple management started another greenery stretch with footpath from the side of the Hyderabad national highway and it is also visible point to Amaravati capital city and Krishna River.

Apart from this, the greenery development plans and new footpath will only be used during the rush days. As per plan, the new attractions like water fountains, colourful lighting, greenery and parks would be developed on the margins of the footpath by Amaravati Development Corporation (ADC), said Durga Temple Trust Board member T Padmashekar. Speaking to The Hans India, he said that the main purpose of development works is to add more tourism attractions.