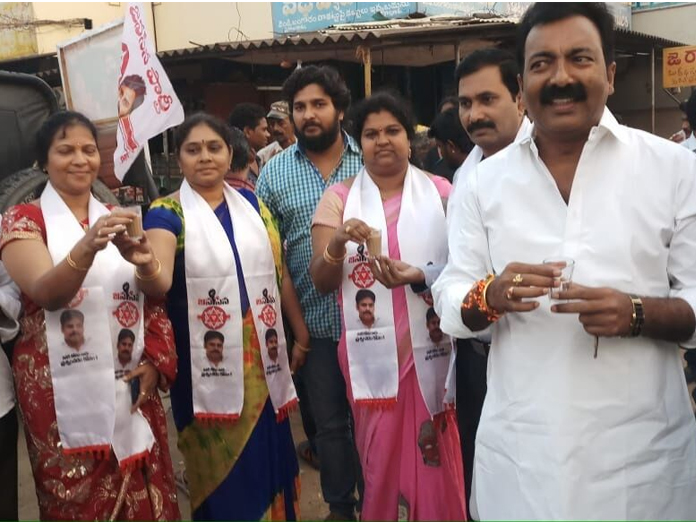 They appealed to the voters to vote for the glass symbol in favour of Pawan Kalyan for the welfare of the common man.

Several youth in the area who also participated in the campaign asked the voters to vote for Pawan Kalyan for corruption-free administration and for long term interests of the state.