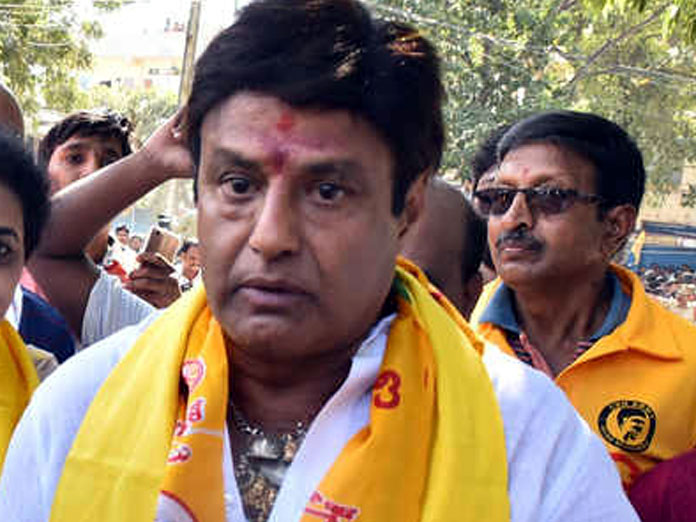 Amaravati: Andhra Pradesh High court has issued a notice to Tollywood actor and TDP MLA Nandamuri Balakrishna that he has misused the code of conduct during the Nandyal by-election in 2017.

Reacting to his comments during the election, the opposition YSR Congress party has filed a petition in the high court. On Friday this case came before the bench of Justice A V Sesha Sai, Justice DVSS Somayajulu and the bench has issued the notice to the actor.

On the other hand, the court has also ordered the Election Commission to file the affidavit in the case and adjourned the hearing for four weeks.

YSR Congress party alleged that MLA Balakrishna has openly distributed money to the voters during the campaigning rally supporting the TDP candidate Bhuma Brahmananda Reddy in Nandyal by poll.

In August 2017, YSRCP leader K Shivakumar filed the petition in high court seeking to book a case on the actor under the Representation of the People Act.

On Friday augments, the lawyer of the petitioner said, that as Balakrishna has breached the election code of conduct, it's the responsibility of election commission to book a case against the actor.

In this case, the bench has decided to hear Balakrishna's version and issues the notice to him.