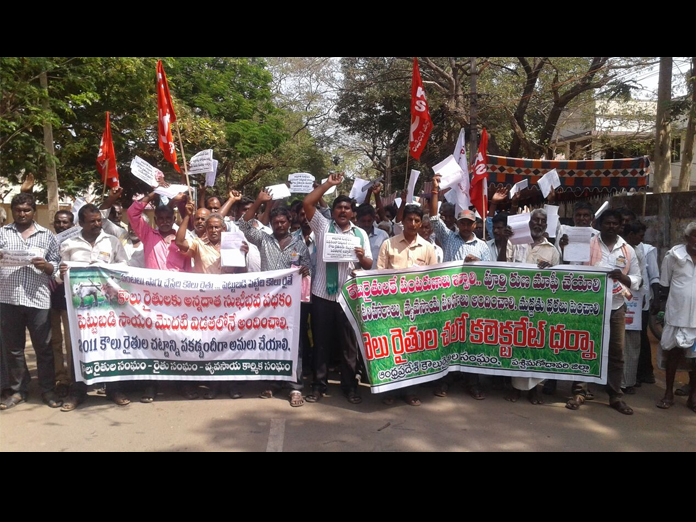 They raised slogan against the government for not providing assured benefit to the farming community under the scheme. The farmers staged a dharna with applications to be submitted to the officials to extend the help.

Addressing the agitators, AP RytuSangham general secretary Peddi Reddy said that both the State and Central governments have been cheating tenant farmers by not extending crop investment assistance to them in the first instalment.

He threatened the government to intensify the agitation, if it failed to extend help immediately.

CPM district secretary Ch Babu Rao demanded that the government extend financial assistance of Rs 25,000 to each of the tenant farmer families.

The sangham district secretary K Srinivas criticized the neglect of the government in helping the tenant farmers who had been borrowing money from private lenders at high rates of interest.