Mahindra lines up passenger vehicle from Zaheerabad. Zaheerabad: In a significant development, Mahindra & Mahindra, the country’s largest utility vehicle maker, is gearing up to roll out much-awaited passenger vehicle from its Zaheerabad plant in a year or so. The upcoming model will be based on the mini-truck, Jeeto, which the Mumbai-based automaker launched here in Medak district on Tuesday.

Zaheerabad: In a significant development, Mahindra & Mahindra, the country’s largest utility vehicle maker, is gearing up to roll out much-awaited passenger vehicle from its Zaheerabad plant in a year or so. The upcoming model will be based on the mini-truck, Jeeto, which the Mumbai-based automaker launched here in Medak district on Tuesday. 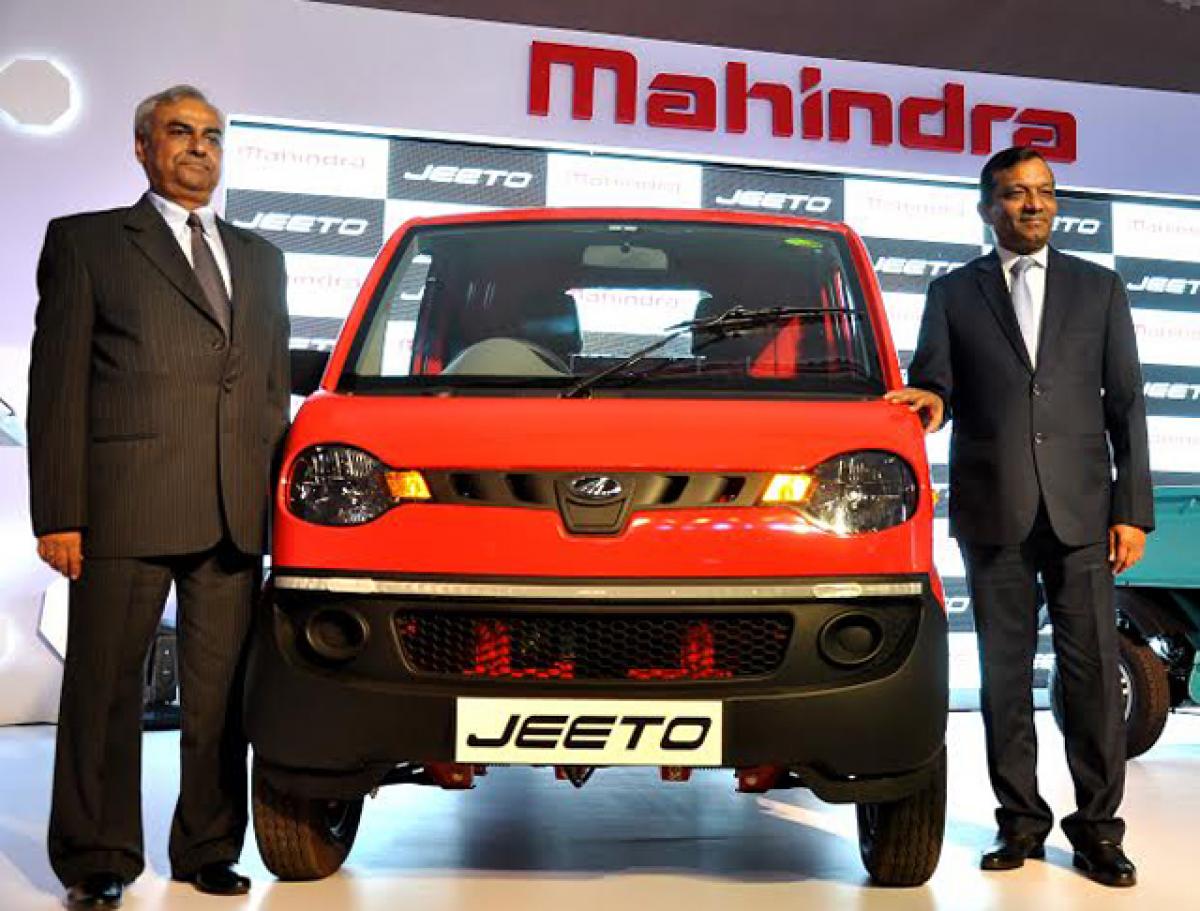 “We have plans to launch a four-wheeler commercial vehicle for passengers based the platform we developed for Jeeto mini-truck which we have rolled out today. Currently, we are developing the model which will be out sometime next year. We may have to make some additional investments for the model,” Dr Pawan Goenka, Executive Director, Mahindra & Mahindra, told media after Jeeto launch here.

Erstwhile Andhra Pradesh government and current Telangana government has been requesting the management of M&M to bring out a passenger vehicle from the Zaheerabad manufacturing plant where the automaker makes tractors, light commercial vehicles and now mini-trucks. Dr J Geeta Reddy, local MLA and Industries Minister in last united AP government also made fervent pleas to the M&M for the launch of the passenger vehicle.

Recently, Telangana Chief Minister K Chandrasekhar Rao who inaugurated extended facility of the M&M plant here in April this year also made similar request. On the newly-launched the mini-truck range of Jeeto, Goenka said it was the second most significant rollout in the light commercial vehicle space after the automaker launched to Maaximo range nearly five years ago.

"The small, micro and mini-truck segment in India accounts for total annual sales of 250,000 units a year and that’s the kind of catchment area our new range has. We see this as a big volume opportunity for our overall growth," he explained. The automaker unveiled eight variants of Jeeto which cater to different target segments. Powered by m-Dura diesel engine, the Jeeto range features payloads of between 600 kg and 700 kg with deck lengths ranging from 5.5 feet to 6.5 feet.

Set to compete with highly-successful Tata Ace, Tata Zip and Piaggio's Ape Extra LD, the Jeeto range offers fuel economy between 27.8 km and 37.6 km per litre depending on the variant. The Jeeto range is priced from Rs 2.32 lakh which goes up to Rs 2.77 lakh (ex-showroom, Telangana). Goenka further said that M&M has so far invested Rs 100 crore in developing the m-Dura engine, and Rs 300 crore in the LCV (light commercial vehicle) manufacturing plant at Zaheerabad.

"The Zaheerabad plant currently has the capacity to manufacture 92,000 units of Jeeto per year, with scope to scale up to 150,000 units depending on the demand. We just started the ramp up with 120 Jeeto vehicles per day," Goenka said. The company would export Jeeto to neighbouring countries like Sri Lanka, Bangladesh, Nepal and Bhutan, he added.

M&M enjoys a 43 per cent market share in the commercial and utility vehicle segment, which is expected to grow between five per cent and seven per cent this financial year. The company has 16 per cent of the up to two-tonne small commercial vehicle segment. "The monsoon has arrived and the interest rates are under Control. We are equipped to leverage the turnaround in the economy as and when it happens," Goenka said.

Mahindra Lifespace Developers, the real estate arm of Mahindra Group, announced its foray into the city with the launch of a premium residential project entailing investment of Rs 400-450 crore. "Total investment on the project will be about Rs 400 to Rs 450 crore.

We are looking for about Rs 700-750 crore revenue from the project, and time frame will be four years," Mahindra Lifespaces Developers Managing Director Anita Arjundas said. Located on Bannerghatta main road here, the project, Windchimes, is spread over 5.85 acres and offers luxurious 3 and 4 BHK residences in three sizes and across two towers, the company officials said.