BMW unveils hydrogen version of i8 BMW unveils hydrogen version of i8. BMW has unveiled its top-secret i8-based hydrogen fuel-cell prototype. This version of the i8 is one of the most advanced vehicles ever built by BMW.

BMW has unveiled its top-secret i8-based hydrogen fuel-cell prototype. This version of the i8 is one of the most advanced vehicles ever built by BMW. The futuristic-looking coupé is designed in a two-door format and features carbon-fibre construction to keep its weight low, as well as an aerodynamics package designed at the company’s wind tunnel in Munich. 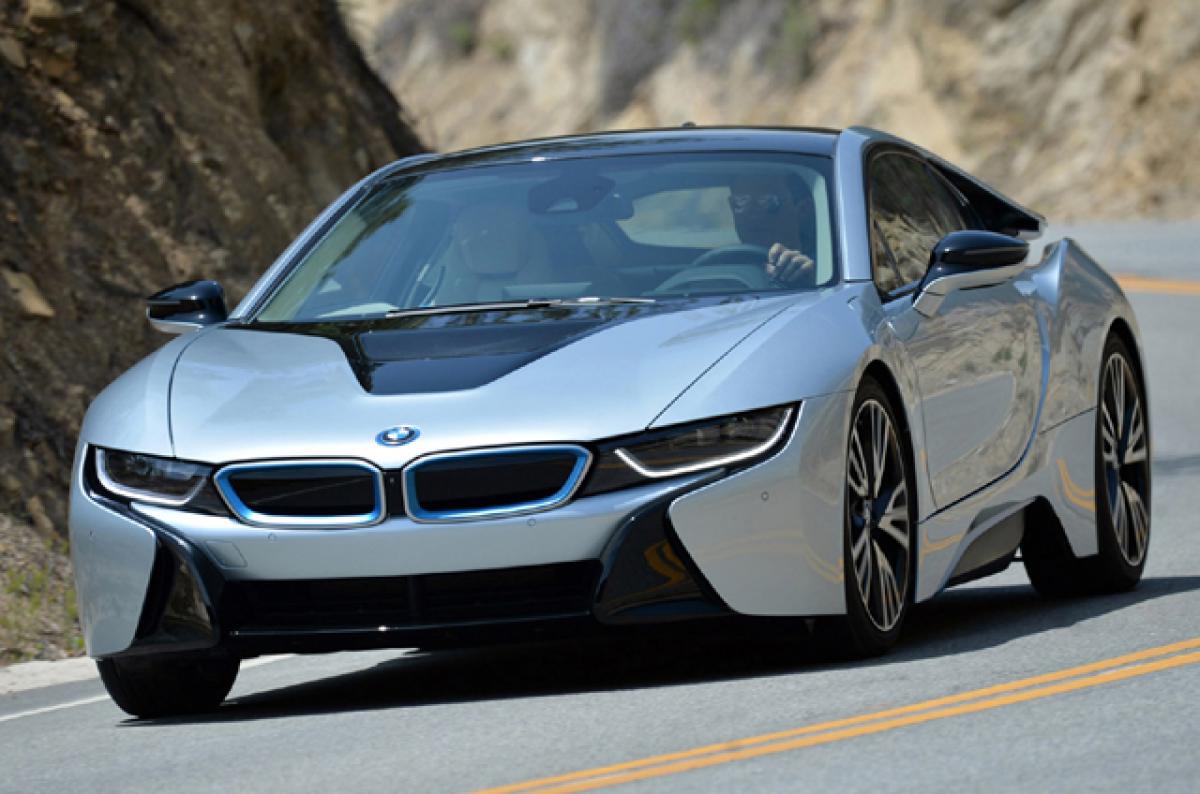 On the exterior, the i8 gets a reworked angular kidney grille, fully integrated slimline headlights and large air ducts up front to direct air to the radiators. The i8’s styling could be adopted by future BMW models.

This version is powered by a hydrogen fuel-cell powerplant placed at the rear, where the i8’s turbocharged 1.5-litre three-cylinder petrol engine is usually mounted. Hydrogen is stored in a cryogenic cylinder arrangement, with oxygen provided by cooling air. The arrangement is mounted along the centre line of the car.

This fuel stack powers a rear-mounted electric motor, with water being the only by-product of the process. This propulsion system is rated at 242bhp. A similar layout was seen on an earlier version of the unnamed prototype built in 2012.

BMW also tied up with Toyota to accelerate fuel cell research. BMW has advanced its research to include the 5-Series GT. The i8 prototype uses a fuel cell set-up similar to the one used by Toyota’s revolutionary Mirai. In 2006, BMW built the single-seater, teardrop-shaped H2R.

This was powered by a 6.0-litre V12 engine that ran on liquid hydrogen. Making 281bhp, this car set a number of records at BMW’s test track in France. The H2R set 9 FIA-certified speed records and went up to 300kph. BMW’s head of research and development, Klaus Fröhlich has said that the hydrogen fuel-cell technology used in the i8-based prototype will make an appearance in production cars by 2020.