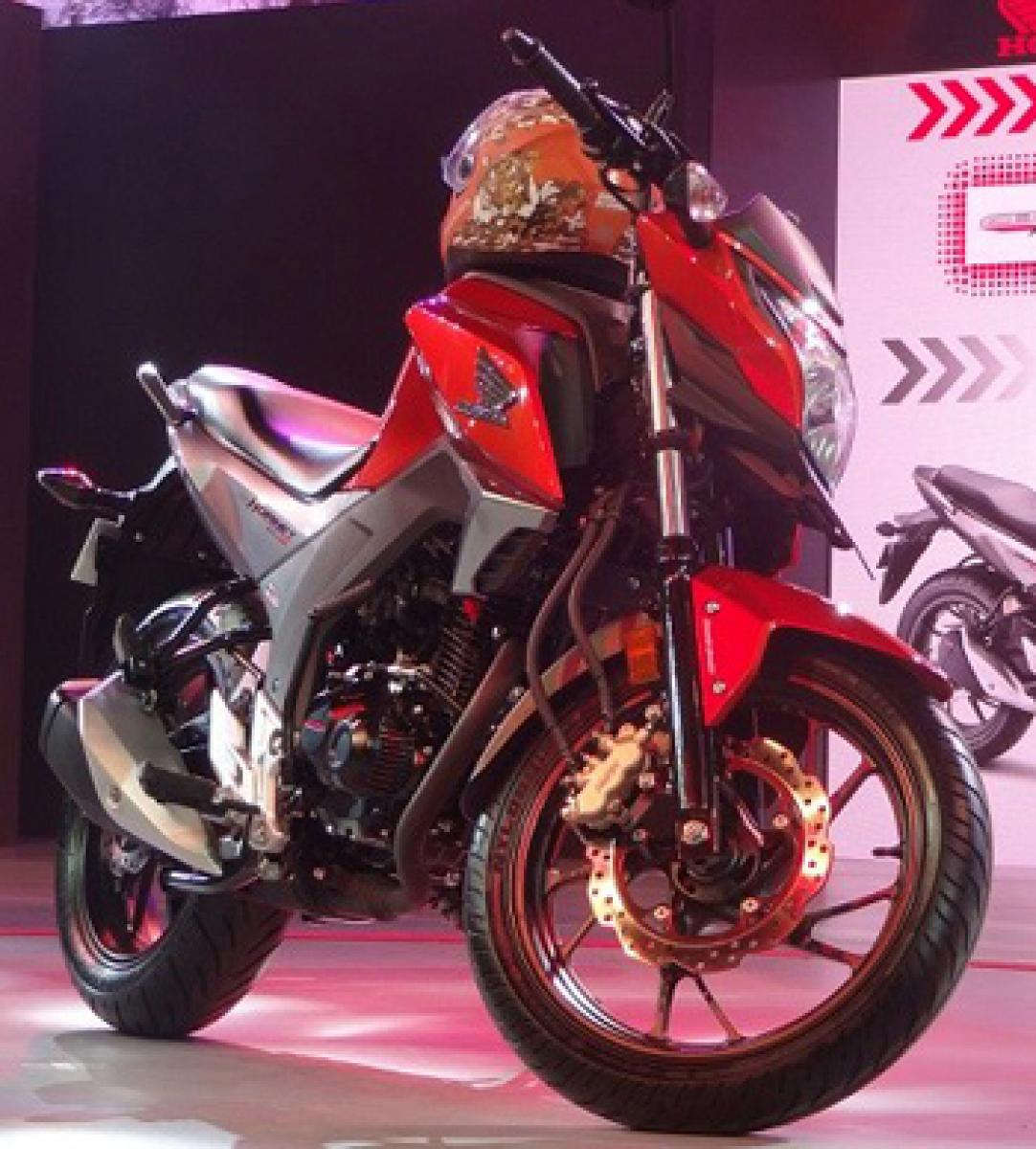 Honda Motorcycle & Scooter India has unveiled their new motorcycle – the CB Hornet 160R for the Indian market. The bike was unveiled at the RevFest, which took place in eight cities simultaneously.

The new CB Hornet 160R is a successor to the CB Trigger, which failed to make a dent in the 150cc market. While the CB Hornet 160R will use the same underpinnings as the CB Unicorn 160, it has been placed above the Unicorn and will be slightly expensive as well.

The CB Hornet 160R is the best looking premium commuter motorcycle that has come from Honda India. This motorcycle has been inspired by the Honda CX-01 concept that was showcased at the 2014 Auto Expo. It gets sharp design cues that start from the headlamp cluster, runs across the fuel tank and ends at the tail section.

The tank gets matte black cover on the top in order to give it a beefier look, along with muscular tank shrouds. It also gets beefier tyres, a new stubby exhaust and disc brakes at both ends - front and rear. However, the CB Hornet 160R gets a single seat, which looks cheap.

Powering this bike is a 162cc single-cylinder air-cooled engine that produces 14.5bhp at 8,000rpm and maximum torque of 14.61Nm at 6,000 rpm. This engine is mated to a five speed gearbox, with one-up four-down gear patterns.

The Honda CB Hornet 160R will compete with the Suzuki Gixxer and the Yamaha FZ16 in the Indian market. It is available in xx colours and will be launched in the next few weeks.