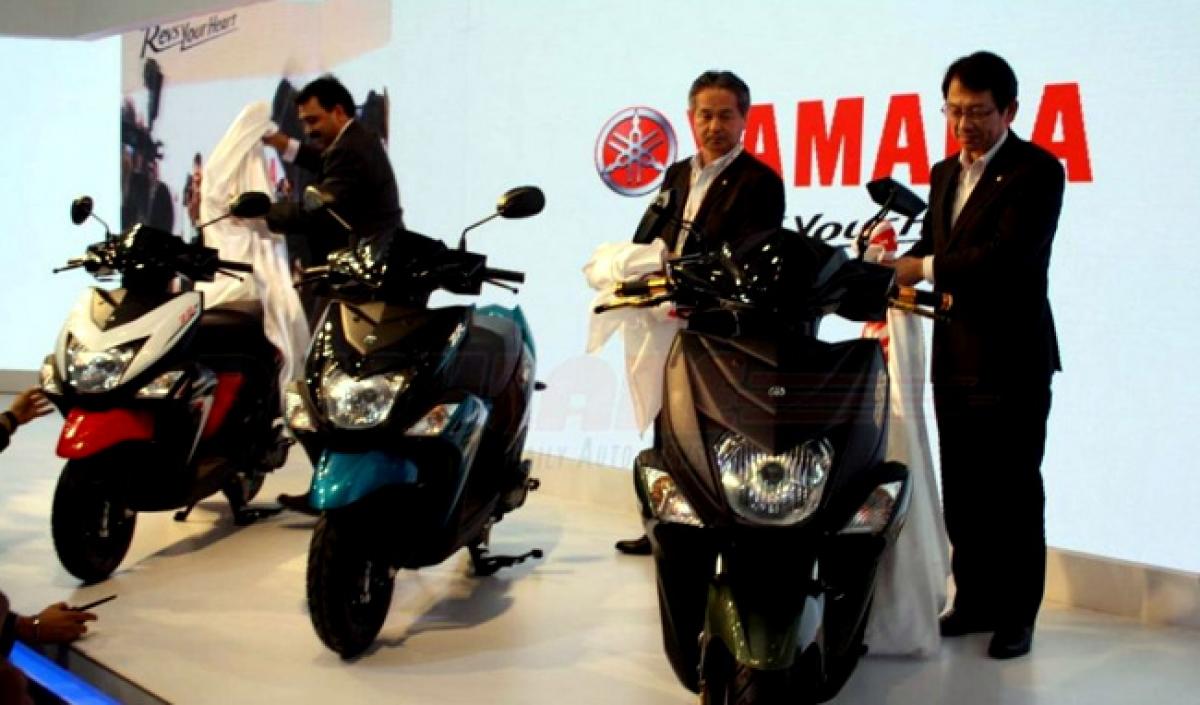 Yamaha has unveiled their sportiest 110 cc scooter at the Auto Expo.

Yamaha has unveiled their sportiest 110 cc scooter at the Auto Expo.

Yamaha Cygnus Ray-ZR, the all new scooter introduced by Yamaha Motors has been unveiled at the ongoing 2016 Auto Expo. It is aimed at male buyers in the country. Launch is expected to commence later this year. Based on Yamaha Ray platform, Yamaha Cygnus Ray-ZR is powered by 113cc BLUECORE air cooled, four stroke, 2 valve engine seen mated to a Continuous Variable Transmission.

Weighing a total of 103 kgs, Yamaha Cygnus Ray-ZR gets a lightweight body with cast aluminum wheels and plenty of under seat storage of 21 liters. Sporting an instrument panel in a brand new design, the new Ray ZR will get telescopic front suspension and disc brake setup while a drum brake version could also be on offer. A centrally mounted headlamp unit, air intakes behind rider’s legs and two dual-tone colour options are also evident.

The unveiling of the new Yamaha Cygnus Ray-ZR is very significant for the company as part of their efforts to consolidate their position in this fast growing segment. Yamaha Ray was well received by buyers in the country and it is expected that this new offering will also be met with the same response.