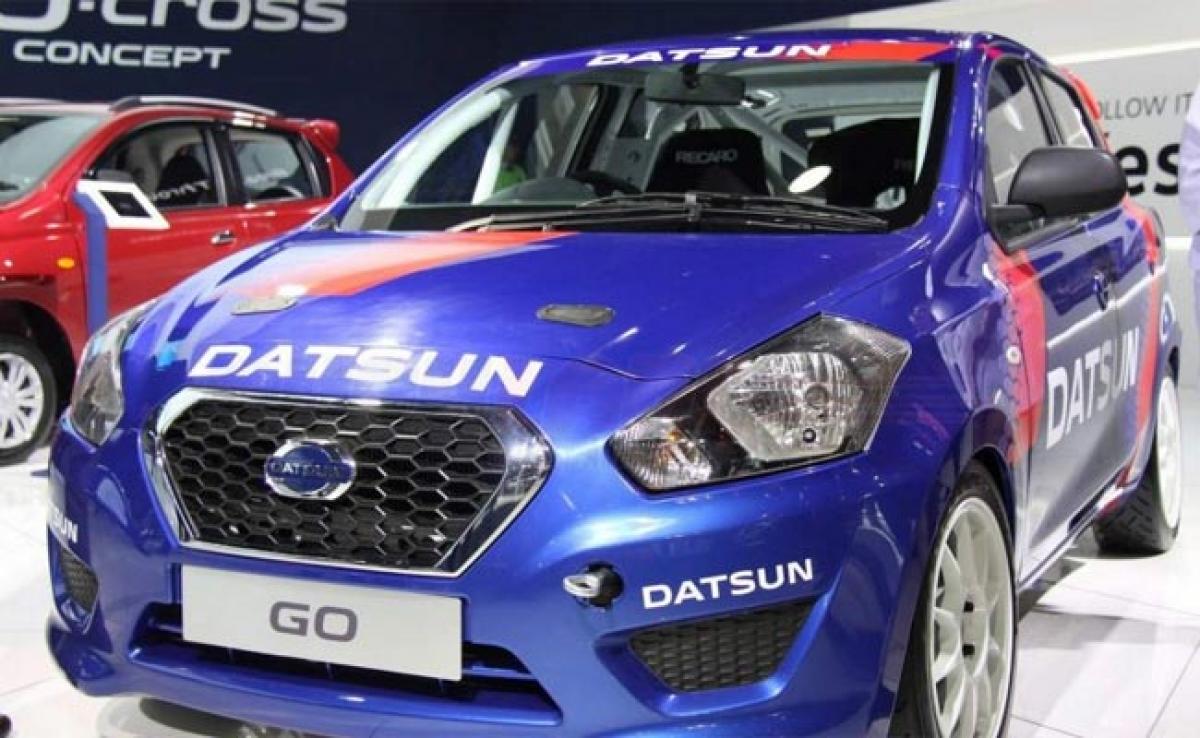 Datsun GO hatchback, launched in India in 2013 is powered by a 1.2 liter 800cc engine while it competes against the Hyundai Eon and Maruti Suzuki Alto 800.

At the 2016 Auto Expo, Datsun has also showcased a new color option for Datsun GO+. Launched in India in 2015 with a price tag of INR 3,79,000, Datsun GO+ was seen in color schemes of Ruby, White, Gold, Silver and Grey. A new blue color has been added to the color list. The new blue Datsun GO+ was showcased along with a special edition of GO+ Playstation Edition which receives an exclusive PlayStation. Besides this new entertainment feature, the Datsun GO+ also receives follow me home headlamps, a mobile dock and a dashboard that sports features that include digital tachometer and gearshift indicator.