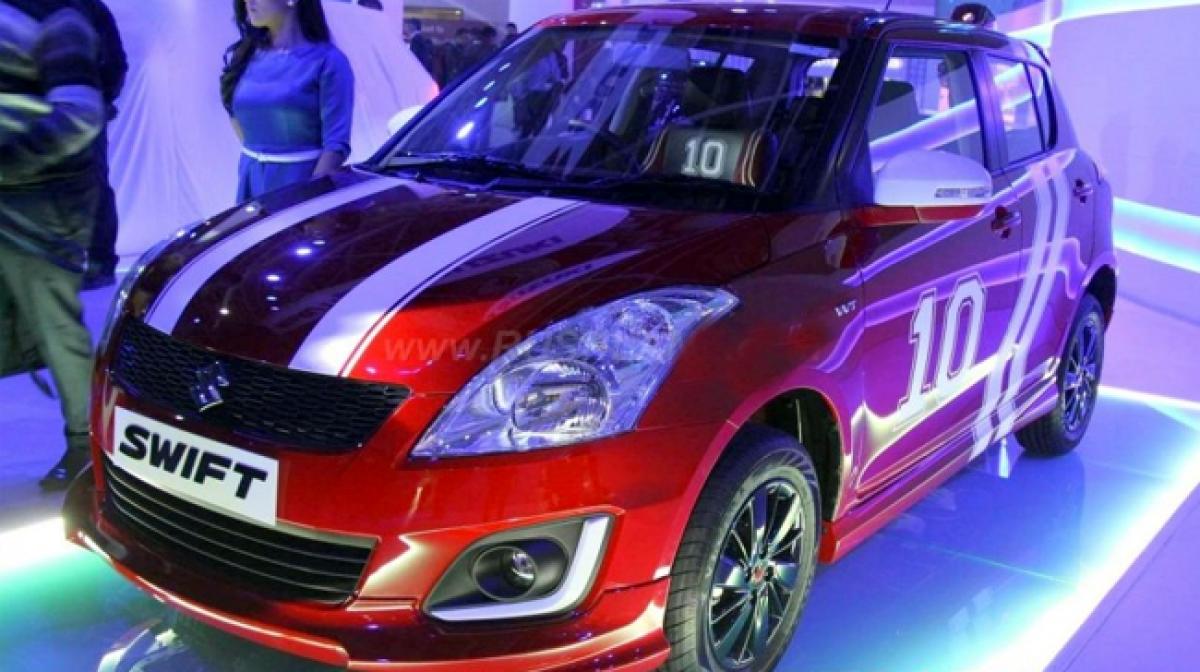 Maruti Suzuki showcased their bread and butter models at the 2016 Auto Expo in a refreshed avatar.

Delhi: Maruti Suzuki showcased their bread and butter models at the 2016 Auto Expo in a refreshed avatar.

Keeping company to the new Maruti Vitara Brezza, Ignis and Baleno RS at the ongoing Auto Expo 2016 are the Swift, Dzire and Ciaz. Maruti Suzuki’s expo stall has been designed around the theme “Transformotion”.

The Swift has been a consistent sales performer for the brand even without any significant upgrades of late. The example which was on display at the auto expo didn’t have any interesting new details either. The besting selling B-segment hatchback is steadily approaching the end of its life cycle and work on new gen model is already underway. The next iteration would be based on a new global platform, complete with new powertrain options.

The Dzire recently received the diesel AMT variant to fend off the increasing competition in the sub-4 metre sedan segment. Despite falling noticeably short on aesthetics compared to its rivals, Maruti’s compact sedan has been raking in sales volumes like no other car in its segment. Like the Swift, the Dzire is powered by 1.2-litre petrol and 1.3-litre diesel engines.

The Ciaz C-Segment sedan too received an update recently, in the form of the SHVS mild hybrid technology (only in diesel variants). The Honda City rival didn’t quite create the same magic as the Swift and Dzire as far as sales are concerned but it has settled for a steady monthly sales volume.