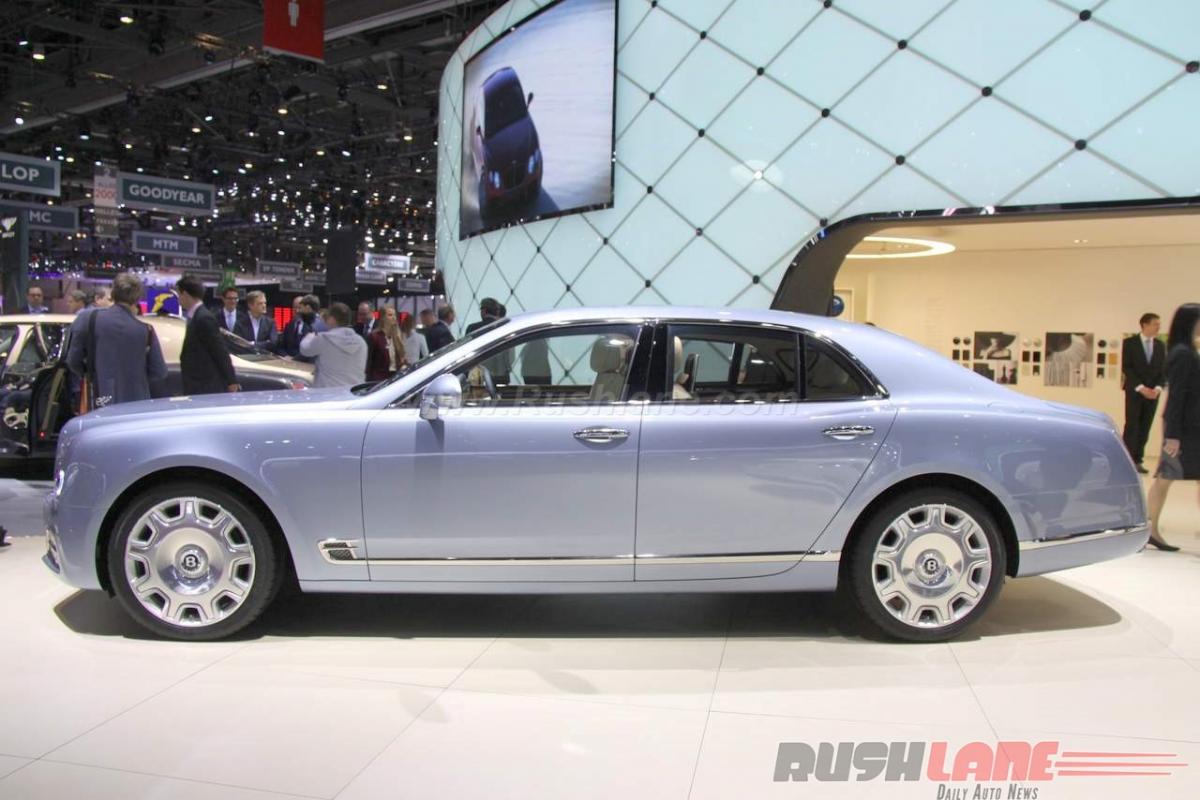 The styling enhancements include new fenders, a grille that is noticeably wider than before with new meshing, revised twin headlamps (the bigger and smaller units are now aligned on the same horizontal base line), new bumpers and revised taillights. The handcrafted interior continues to be abundant with finest wood, leather with 24 hide options and top-notch metal fittings. The seats, door trims and arm rests have been revised in addition to new glass switch gear and touchscreen infotainment system.

The stately limousine continues to be powered by the 6.75-litre V8 petrol engine which has its roots way back in late 1950’s but is completely modernized with latest electronics. The twin-turbocharged motor produces a 530 bhp and a massive 1,100 Nm of torque. The power is channeled to the rear wheels via a 8-Speed ZF automatic gearbox. 0-100 kmph comes in 4.8 seconds and top speed stands at 306 kmph. That’s some serious performance for a car of this size!

Deliveries of the 2017 Bentley Mulsanne will commence in summer this year. More details can be found in the press release below the gallery.