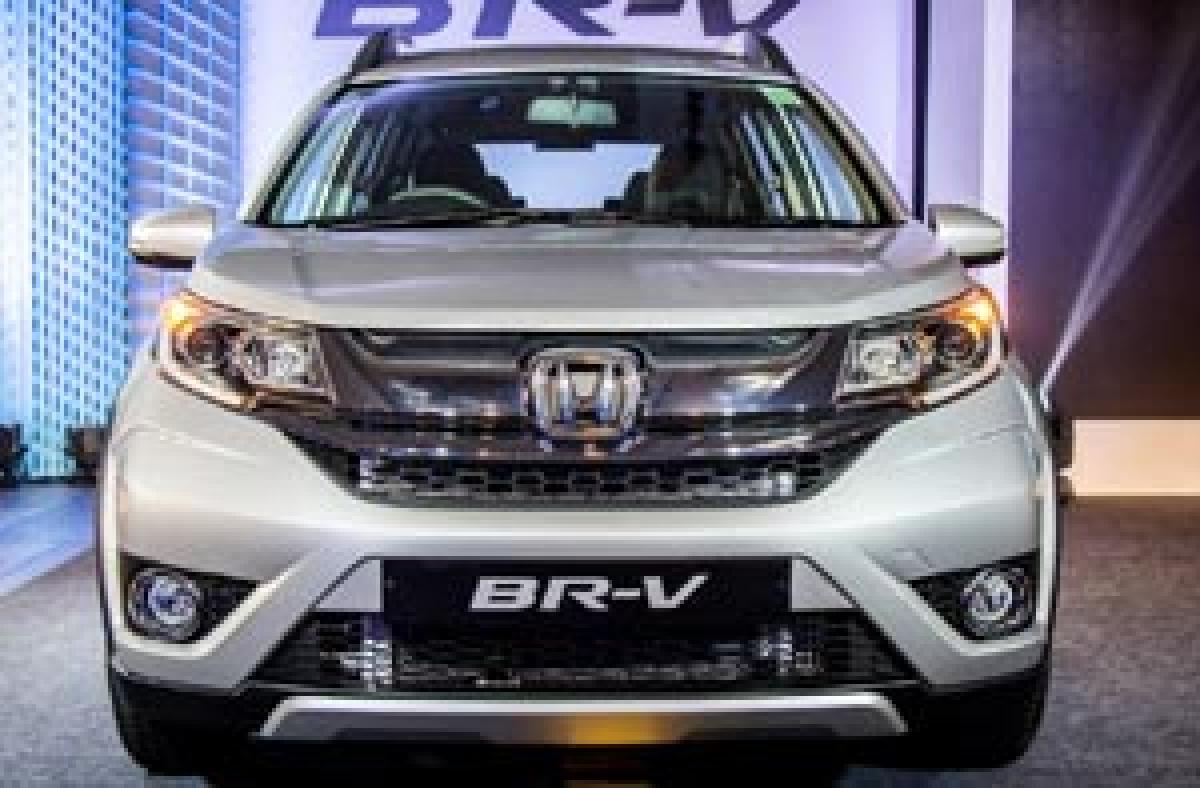 The new Honda BR-V crossover has just been launched in India a starting price of Rs. 8.75 lakh (all prices ex-showroom, Delhi) and growing up to the price of Rs. 12.90 lakhs for the top-end variant.

The new Honda BR-V crossover has just been launched in India a starting price of Rs. 8.75 lakh (all prices ex-showroom, Delhi) and growing up to the price of Rs. 12.90 lakhs for the top-end variant. The BR-V, which stands for ‘Bold Runabout Vehicle’ in Honda speak, is the second SUV in Honda’s Indian line-up along with the bigger CR-V. The BR-V was first showcased in June 2015 in Indonesia and is specifically targeted at the sub-continent and Asia-Pacific markets.

The Honda BR-V is wholly based on the Honda Mobilio MPV which is itself based on the stretched Brio platform. The crossover is measured at a length of 4455 mm, width of 1735 mm and a height of 1650 mm along with the wheelbase of 2660 mm. With the Mobilio underpinnings, the car also gets the three-row seating arrangement which is its trump-card in the segment.

On the exteriors, the BR-V looks very similar to the Mobilio MPV because it is actually just a heavily re-styled Mobilio people carrier only. The BR-V carries the same Honda family face with a big chrome grille and swept back headlamps and a skid-plate. The sides of the car carry the same trademark Mobilio kink in the window-line and black plastic cladding on the wheel-arches and doors. The car gets bigger tyres and the obligatory roof-rails to complete the SUV-ish look.

Inside, the car has the same dashboard as the facelifted Amaze and is equipped with features such as start/stop button, steering-mounted controls, automatic climate control, roof mounted AC vents, Bluetooth connectivity, height-adjustable driver’s seat, etc. The Honda BR-V gets dual airbags as a standard fitment across all the variants. The SUV also gets ABS, Vehicle Stability Assist (VSA) and Hill Start Assist (HAS) in higher trim levels.

The Honda BR-V will compete head-on with established rivals such as the Hyundai Creta, the Renault Duster and the Mahindra Scorpio. Being a seven-seater car, the BR-V is also expected to be cross-shopped with lower variants of the Mahindra XUV500 and the newly launched Toyota Innova.