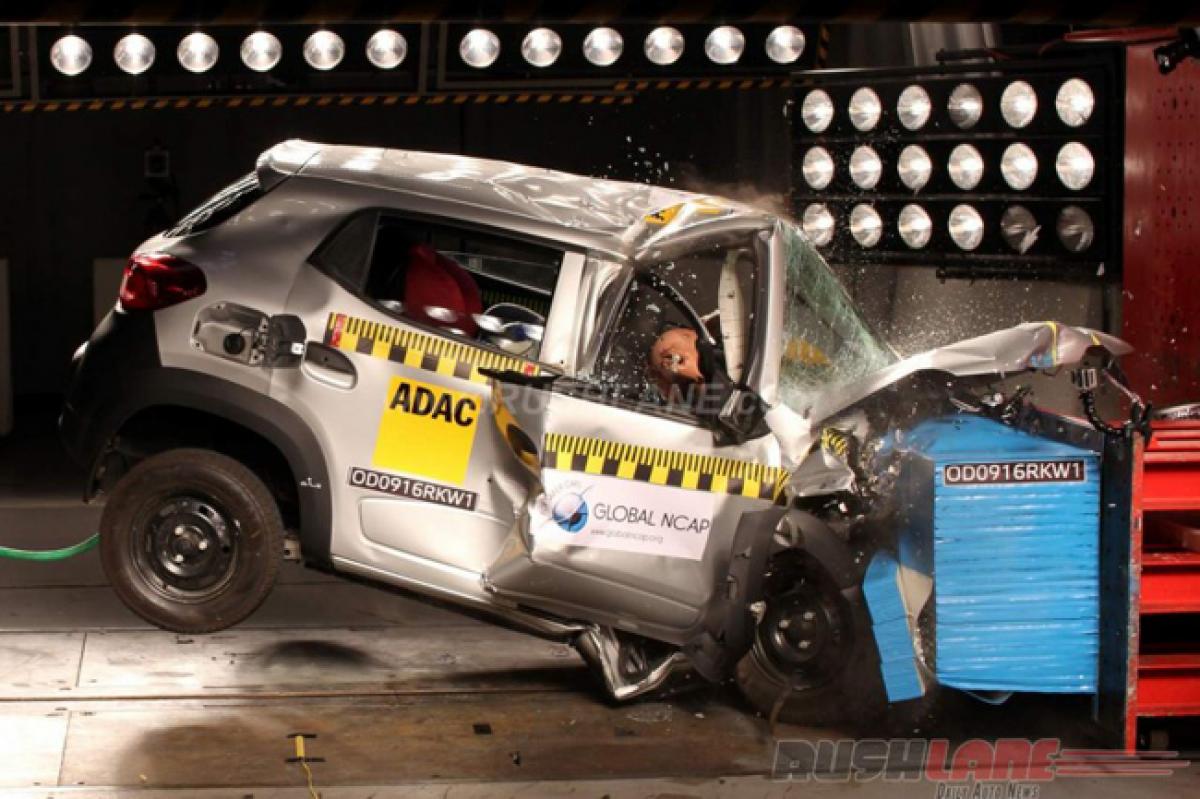 The low-cost nature of the Indian auto market leads to serious compromises of vehicular safety and the Global NCAP has already demonstrated this twice.

The low-cost nature of the Indian auto market leads to serious compromises of vehicular safety and the Global NCAP has already demonstrated this twice. The global automotive safety watchdog selected a set of 7 Indian cars and subjected them to crash tests (third such test since 2014). The results are scary, the videos are even scarier.

The immensely popular Renault Kwid receives a safety rating of zero stars which was expected but the way the vehicle’s structure gets crumpled under impact is disheartening to watch. Under the 64 kmph frontal off-set impact crash test, the car’s floor pan got crushed very badly. Other structural elements like the A and B pillars and roof also suffer extensive damage.

The videos also show that a significant extent of the impact gets transferred into the cabin. The damages caused by the collision could prove fatal for the driver and front seat occupants (the air-bag equipped model didn’t improve the rating either). The Kwid receives 0 points out of 17 in adult occupant safety. The budget hatchback receives 2-star rating for child occupant safety with a max score of 23.89 points out of 49.

Save for the optional driver airbag on the top-end variant, the Renault Kwid has not noteworthy safety feature on offer, not even as an option. Will the upcoming Bharat New Vehicle Safety Assessment Program (BNVSAP) force automakers to come up with safer cars for India?