What's the price of Mahindra eVerito electric sedan in India? 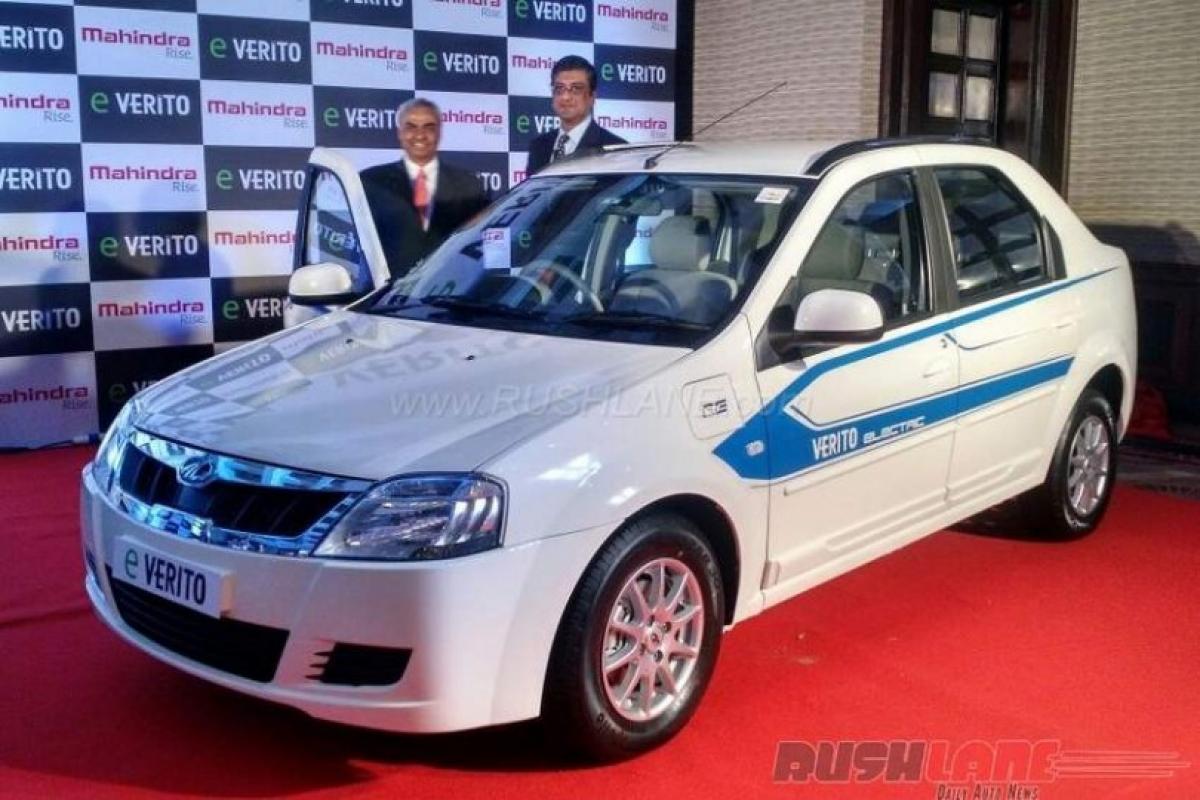 Mahindra eVerito was first showcased at the 2014 Auto Expo.After launching small electric car e2o in 2013, Mahindra Reva Electric Vehicles Private Limited launched their second car for the masses today. This is in the form of eVerito, or electric Verito.

Mahindra eVerito was first showcased at the 2014 Auto Expo.After launching small electric car e2o in 2013, Mahindra Reva Electric Vehicles Private Limited launched their second car for the masses today. This is in the form of eVerito, or electric Verito.

As the name suggests, eVerito is based on the conventional Verito sedan which was first launched in India as the Logan back in 2007. Mahindra eVerito will be available in three variants, D2, D4 and D6, priced at INR 9.50 lakh, INR 9.75 lakh and INR 10 lakh respectively. The prices mentioned are after including FAME scheme discounts (Faster Adoption and Manufacturing of Electric Vehicles in India).

Powering the Mahindra eVerito is a similar engine and transmission setup as seen on the e2o. A 72V battery pack powers the electric motor of eVerito, which generates peak power of 41 hp and a peak torque of 91 Nm. The engine is mated to an automatic gearbox. Together, the system delivers a smooth drive experience with excellent pickup. In case you are in need for more power, there is a Boost mode. This will give you extra punch for a few seconds.

Top speed of the eVerito stands at 86 kmph. Its battery is good enough to drive around for 100 kms. In order to charge the battery full, it will take 8 hours and 45 minutes. For top of the line D6 variant, quick charge feature is available. This will help you charge the car’s 80% battery in just 1.5 hours. You can charge eVerito using a 15 AMP socket, including the one in your house.

Launched only in Delhi, Mahindra eVerito comes with a running cost of INR 1.15 km, claims the company. Apart from this, eVerito also gets smart features like remote cabin cooling, Revive, Regenerative braking, basically all those intelligent features which are seen on the existing e2o.

In order to promote sales, Mahindra says they will install as many as 140 fast charging stations across Delhi in the coming months. The company did not reveal when the car will be launched in other Indian cities.