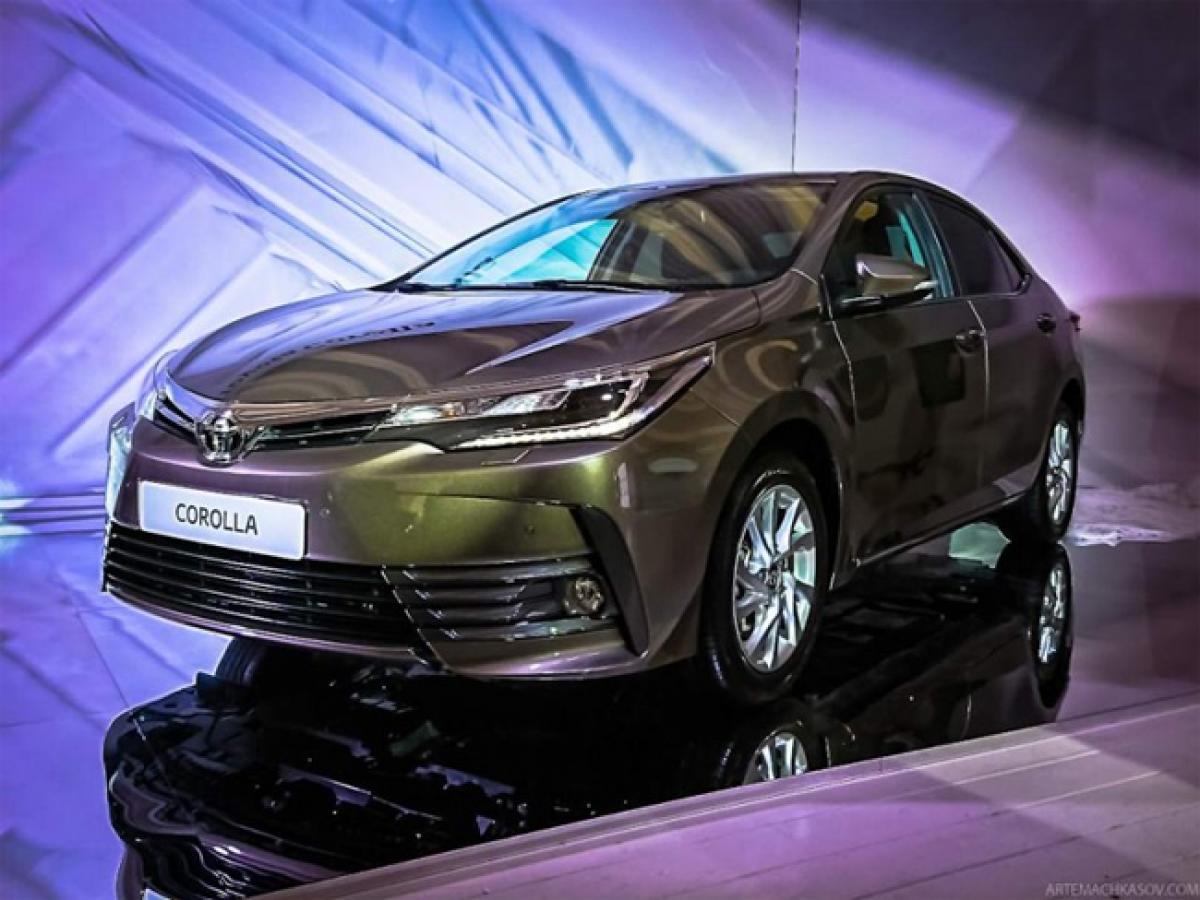 It will take the place of the current generation model, which is on sale in 150 countries across the globe. New Corolla is set to launch in India sometime in early 2017.2017 Toyota Corolla Altis facelift will receive a larger bumper design, LED headlamps, DRLs, round fog lamps and a host of chrome accents in the front. A new set of wheels are seen on its sides while at the rear, it gets LED tail lamps and new graphics.

Interiors of the Altis facelift will be seen with new HVAC controls and HVAC vents on either sides. Quality of materials used in its cabin sees a notable improvement. The central console is fitted with a new Touch 2 system, navigation as standard and an instrument cluster with 4.2” MID display. Leather upholstery, heated steering wheel, keyless entry, cruise control and arm rests with cup holders will also form its interior features.No changes in engine specifications are expected on the 2017 Toyota Corolla Altis facelift which will come in with the same 1.8 liter, 140 hp petrol engine and 1.4 liter, 88 hp diesel engine. The engines will continue to be mated to 6 speed manual and 7 speed CVT transmission options. Pricing in India on launch should range between INR 13.5 lakhs and INR 18.5 lakhs.