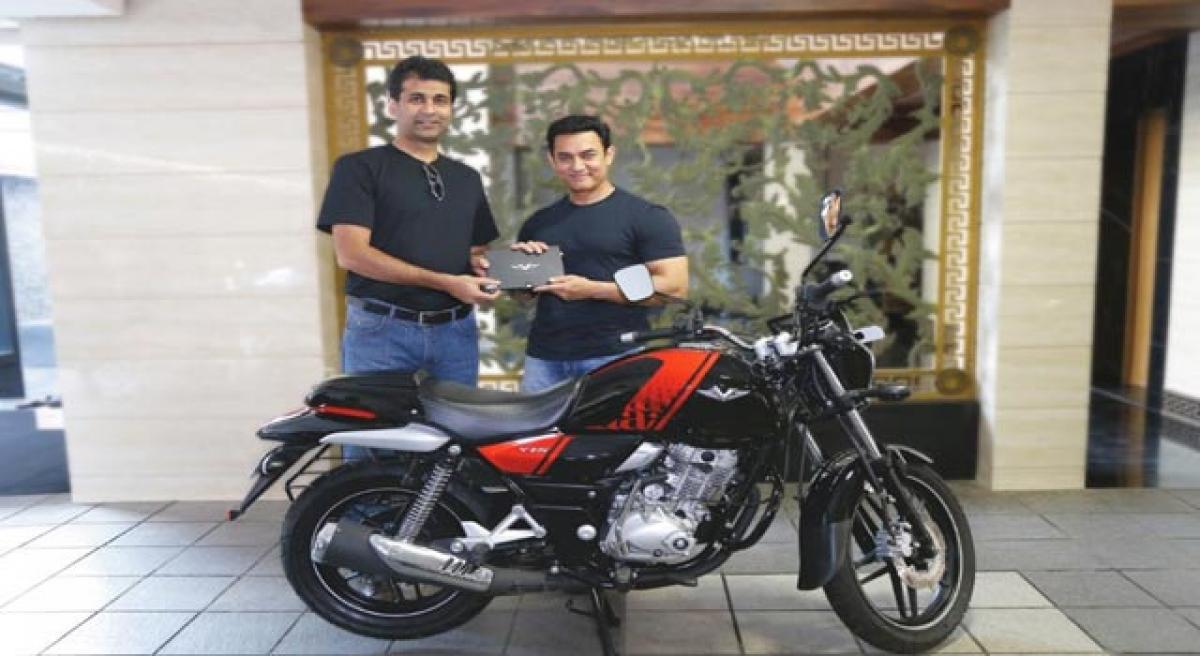 The Bajaj V15 has been crafted from the metal of of INS Vikrant and has emerged as one of the most sought-after 150cc commuter bikes in the country.

The Bajaj V15 has been crafted from the metal of INS Vikrant and has emerged as one of the most sought-after 150cc commuter bikes in the country.

Since its launch, an average of 25,000 units are sold every month which in turn has lead to a 10 per cent growth in Bajaj Auto’s market share in the premium commuter 125cc+ segment.

The launch of the V15 was announced by Bajaj in February this year. In the month of April, the bike entered the list of top 10 selling motorcycles in India.

Earlier this month, Bajaj introduced a new colour to the V15 lineup called Heroic Red. Deliveries of the bike started on 23rd March with 10,000 customers driving away with it on the first day of availability.

It even offers a unique Neo-Classic styling, with a large contoured fuel tank. The invincible Bajaj V15 is available in 3 colours and comes with a price tag of Rs 62,002 (ex Showroom, Delhi).

It even caught the eye and attention of India’s most celebrated actor Aamir Khan who stated the bike as a very special one and an incomparable one.

Owning a piece of metal from INS Vikrant, which was the military pride of India for decades, was a moment of pride for him.