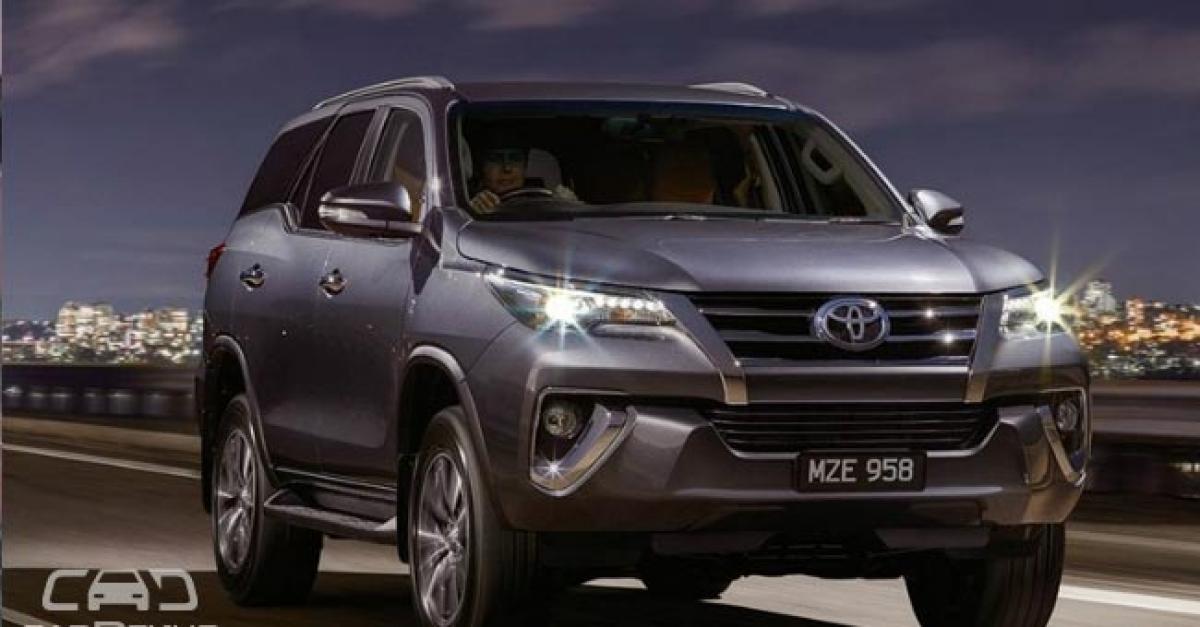 Amid reports of Toyota halting investments in India, here comes a glimmer of positivity. The next generation Fortuner was revealed ages ago, but has now been spotted testing on Indian public roads.

Amid reports of Toyota halting investments in India, here comes a glimmer of positivity. The next generation Fortuner was revealed ages ago, but has now been spotted testing on Indian public roads.

Now before we get you calling your local dealership, we'd like to clarify that the SUV will not be launched in India this year. Expected to hit dealerships in 2017, the new Fortuner will be powered by the same 2.4 and 2.8-litre diesel engines as the Innova Crysta. Both these engines will be produced at Toyota’s newly inaugurated diesel engine plant.

Given the ongoing diesel dilemma, a petrol version may be considered as well. Of course, unlike its MPV counterpart, the big F will be offered with 4x4 as well, and most likely with a choice of manual and automatic transmissions.

This time around, the Fortuner’s feature list will not be as barren. Goodies will include an advanced touchscreen infotainment system with navigation, a power adjustable driver's seat, leather upholstery and an extensive driver information system (DIS) in the instrument cluster.

Rivals to the Fortuner will include the Ford Endeavour and soon-to-be-revealed Skoda Kodiaq. The price? Well the current Fortuner starts at a princely Rs 25 lakh, so the new model is likely to set you back by over Rs 26.5 lakh (ex-showroom) for the base variant.

We don't expect Toyota dealers to offer any discounts on the outgoing generation either. Wondering if you should get the new Endeavour? Check out our detailed review!